BVI’s Jazz Festival to have Barbadian Saxophonist as Headliner

The British Virgin Islands’ second annual Jazz on The Hill runs May 23-24. Its featured artistes are Arturo Tappin, Bobbie Humphrey and Notes to Note along with the support of the St. Mary’s music students and talented BVI performers.

It happens on the rolling hills near St. Mary’s School and tickets are available for the public. 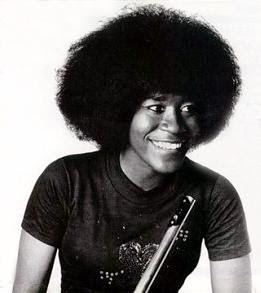 “This Jazz Festival is a celebration of BVI’s music and includes workshops to help showcase the history and power of this musical genre – including composition, and performances,”? said Rev. Clarke, Rector of St. Mary’s Church and the Administrator of the school who is coordinating the festival with a team of supporters as a fundraising effort for the institution. “There is an amazing body of musical works by jazz musicians that are rarely performed or talked about. Our goal is to showcase some of these.”?

Performances as part of an institution-wide effort to raise funds, entertain and broaden the outlook of the students in this second year of the festival will expose music by the children of St. Mary’s along with appearances by MD Jazz and other local musicians from Virgin Gorda.

Each daily concert is built around a specific vibe and the daily highlights are as follows.

Another component of Jazz on the Hill apart from the shows will be the staging of 4 workshops in Virgin Gorda and Tortola.