For over twenty-five years, UB40 have continued the job of popularising reggae around the globe. In the process, they continue to give enormous pleasure to a public too vast to be defined by age, generation, tribe or fashion. 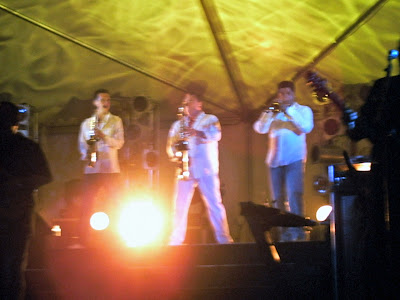 We got to the Gymnasium by 5:55 pm to make sure we had a good place for seating the one fold up chair to hear Ali Campbell and his crew tear up the place at seven that night – I used no folding chair as I expected to stand most of the time (I was right as usual), but GMR International had chairs at the parking lot for ppl to use…

We sat up front and center literally! I was told if UB40 sweats then they wanna smell the perspiration and count the drops! Good thing no obsession here, eh?

Waited some more and got thirsty, so went to get a Coke, a Sprite and two bottled water plus two Red Bull – this was a mini-adventure in and of itself while waiting… There was a LONG queue, who were suddenly told all bottled water was sold and more is on the way (this was at 6:40 pm, BTW) so five ppl stalked off. I asked about Coke and they said nope neither – so ten ppl stalked off the line and there were still about …. say, 15 ppl remaining; then, the most important question (for them) was then uttered – “WHAT ABOUT BEER?” The concessionaires apologised and stated no brew was available either, oops! Only three ppl stayed to get a Frutee or whatever was left, LOL!

Eventually found a Coke & Sprite at the Malibu stand, and begged for a Red Bull then headed back for what I thought was the show to start, hah! 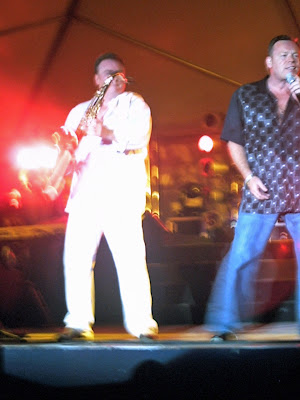 I discovered Security made ppl move back their seats while I was on my trek, but later a friend of one of the guards had their chair right where we sat at the very front and they said not a word to the infringer, so when the concert with the Boys from Birmingham FINALLY began at eight, we moved right up to the gates and not a whimper was made – every other damn patron had done the same thing, talk about a revolution!

The concert was held outside of the complex and there two scares when drizzles spattered about, but I made a silent prayer to Thor and the rain went away for some other day (that should get all the evangelists foaming at the mouth, as I really did do that – joys of being Baha’i, we acknowledge ALL religions), then the natives got very restless and demanded for UB40 and they leapt onstage a full hour after they were due to appear. 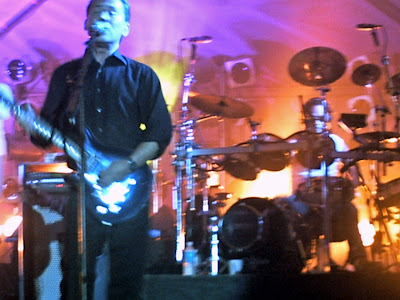 Here are some of the hits they blazed that night; Come Back Darling – 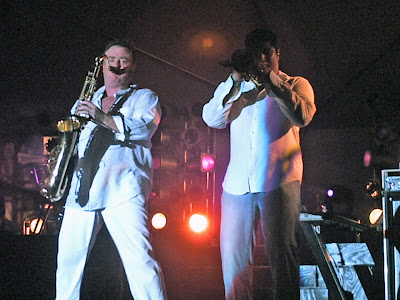 Don’t you know, I need you badly
And I’ll give my poor heart gladly
I need your love like roses need the rain
Don’t let me cry in pain

Can’t you see the love still burning
Please return, relieve my yearning
A day without you is like a year of emptiness
Please return and bring me happiness 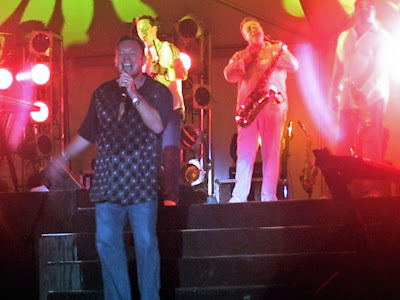 I was in heaven when they let go Here I Am (Come & Take Me), as I always preferred their version to the Rev. Al Green’s! This is a boss of a seduction song when played at the right moment, LOL! They also had Higher Ground as well as Food For Thought, which highlights the brass section of UB40…

Norman Hassan slapped the bongos like nobody’s business, he is one hell of a dancer and he grew up with Ali Campbell and his brother Robin – 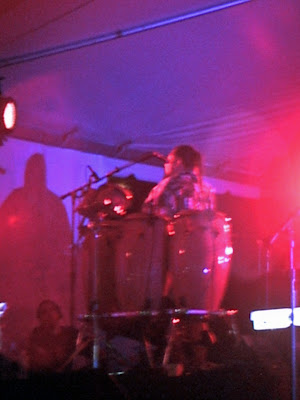 A childhood friend of the Campbells, he was born on January 26th 1958, and went to school at Tindall Street, Clifton Road, Park Hill and Queensbridge Road.

He gave up work as a carpet fitter to join the band, starting off as percussionist, he learned the trombone in 1981, when the band decided to add a brass section, and sang his first lead vocal on “Labour Of Love“.

The saxophonist sounds like he played that horn all of his life, or so you’d think – 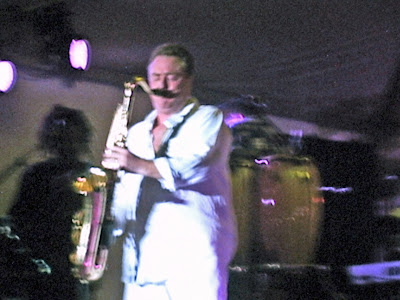 Brian Travers … takes a keen interest in the visual side of the band’s work, and is largely responsible for their video’s.

Born on February 7th, he went to Cape Hill and Lakey Lane primary schools, and Moseley School Of Art. He was an electrician when he started playing. Many people find it hard to believe that the man responsible for UB40’s exciting and highly distinctive sax sound couldn’t play at all before the band started working together.

What about the man who gives the dazzling and rippling chant for Rat In Mi Kitchen? That would be their emcee, Astro – 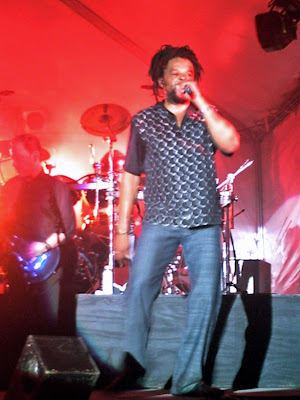 Born June 24th 1957, he attended Greet and Golden Hillock Schools, and was unemployed when he joined UB40.

He met the band at one of their Moseley pub shows, and promptly appointed himself their toaster and dance master. He continued joining them onstage until he became a full and indispensable member.

Astro sang to one gal who kept singing all the words to every song they did! Myself, I was so amazed when I realised Ali Campbell chewed gum while he sang, I even wondered if he was lip-synching, but I had two and a half hours to stare at the band, and realised eventually Ali chewed gum to keep his saliva going! 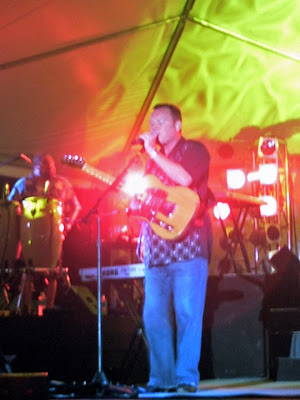 Then, about 10:00 pm they tried to leave and everyone got on so bad, they came back for three more songs ’til 10:30 pm! Even so this cute gal who caught both Brian’s water bottle and his towel (she will not wash it, ever) kept listing a pile of songs they did NOT sing… I looked at her and said if they sang everything she knew from their albums, then they’d play for at least six hours straight! 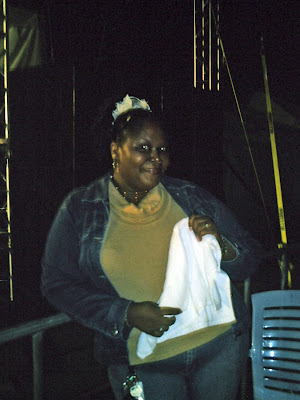 “AND THE POINT YOU’RE MAKING IS?” she replied with one eyebrow in the air, LMAO!!

Happy Anniversary, babe, it was worth every penny!