What does a Russian princess and Barbados’ Boomtribe have in common? Daana! 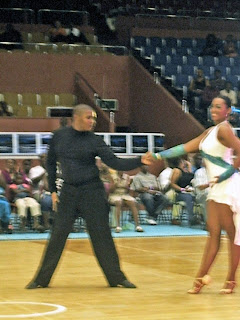 She won the Jahbulani Ballroom’s Annette Byer Solo and the advance open… Not once or twice but three times! 2006 and this year were consecutive only…

She is also busy helping her family with their business; she also hosts the popular Roamin tv series for the Boomtribe DJ’s – it’s currently on hiatus; but it was a cartoon, or animated feature for snooty folk, that got Daana Linton into dancing!

Daana’s younger brother Warren works with the renowned photographer Carl Blenman at Studio Studio and she says it was him who challenged her into taking up dance – it came after they saw Anastasia, about the doomed Romanov princess pursued by the spectre of Rasputin set in musical form. 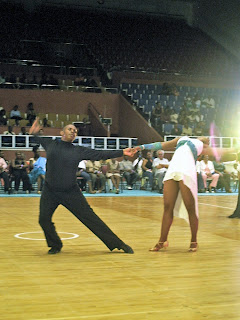 Warren said she could do it and she doubted but after his persistent pushing, she tried it out and has kept training for the last eight years!

She eventually joined the Genesis club near the Belle and when she is not competing only has about three lessons per week – if she is competing then she will up to AT LEAST 4 or 5 lessons per week depending on how well she and Mark Burgess are familiar with the routine!

Her partner Mark is very accomplished and yet is listed as an amateur – this only means he cannot teach and has not taken exams to instruct ppl in the fine art of ballroom dancing.

Other than that, by no means are he and Daana construed as amateurs in the sense of falling short of professional footwork! 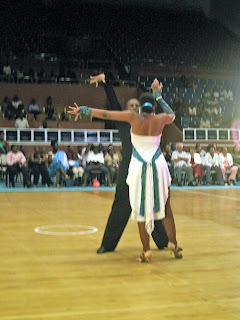 As for Roamin, Daana & Boomtribe completed filming the latest series and will be releasing the next installment come May after the final edit…

Does she breathe? Very well, the next time Strictly Latin swings your way? You need to glide on over and check it out!