Johnson is, of course, legendary for his leadership of the Los Angeles Lakers and, after contracting the virus that causes AIDS, helping to raise awareness about the still formidable disease. Additionally, as a businessman, he continues to make meaningful investments in the black community in the United States. 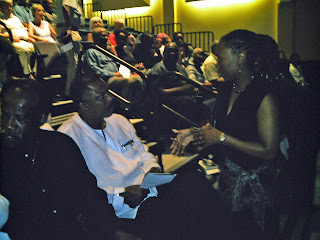 Dr. Beckles? honour, meanwhile, recognizes his continued work as a leading Caribbean historian, principle as well as director of the Centre for Cricket Research at the University of the West Indies? Cave Hill campus, professor of economic and social history, and author of some 10 books and editor of several others. In addition to his various other roles, Dr. Beckles is expected to play a leading part in the Reparations work that needs to be done throughout the African Diaspora with respect to the British Empire?s Atlantic Slave Trade.

The much-anticipated music event, returning after a 10-year break, is, meanwhile, expected to feature its usually stellar musical line-up. Confirmed acts include soca?s Shurwayne Winchester & Traffik of Trinidad, Claudette Peters, Tizzy, Red Hott Flames ? all three from Antigua; dancehall?s Cham and Macka Diamond; Calypso?s Black Stalin; reggae great – Third World; Jamaican songbird, Alaine; and Antiguan hip hop artiste Logiq. That?s just the tip of the proverbial iceberg in a mega-show that is also expected to feature musical tributes to late greats, like James Brown and Ray Charles among others.More than just a social event, however, Sweet Cry Freedom has strived, from the very beginning, to shine a light on Caribbean and African-American achievement. It is for this reason that the awards have, over the years, been dedicated to the memory of true exemplars of freedom ? people like Marcus Garvey, Martin Luther King Jr., Bob Marley, and, now, L?Ouverture, who helped secure Haiti?s place in history as the first liberated African nation in the western hemisphere.

As a tourist attraction, meanwhile, one title sponsored by Antigua and Barbuda?s Ministry of Tourism, Sweet Cry Freedom ?07 scheduled for Saturday 5th May is timed to coincide with the end of one of the world?s top regattas, Antigua Sailing Week.