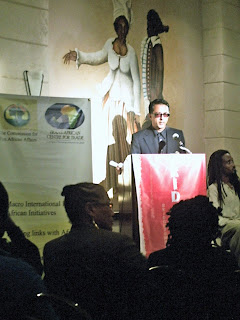 The Bridgetown Film Festival now in its third year will have an awards ceremony for the entrants this year, I am glad to see they have qualifications and how their judges have been kept to a bare minimum – but I think the identities of the judges should have been saved for the end of the season! Would have minimised campaigning, LOL!

The festival is definitely getting ambitious now, as they have created the following categories to be assessed by Dyrstra Browne, Ricky Jordan & Candi Nicholls – Best Local Picture; Best Regional Picture plus Best Foreign Entry; Best Short Picture and Festival Pick (that sounds like a People’s Choice, is it?) as well as a category I have never heard of at any Film Festival before – Schools Outreach Award, which indicates the BFF is eventually guiding itself towards the role of Robert Redford‘s Sundance Film Festival, which encourages talent to step fwd and deliver movies in ways previously not conceptualised.

In addition, the BFF is not merely relying on its own website to draw an audience, but they have expanded their cyber awareness by capitalising on MySpace as well! 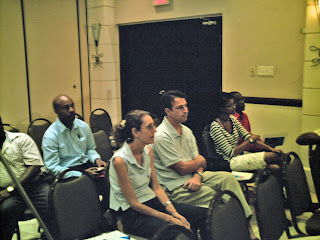 Nevertheless, if the BFF is to stay a viable entity, then it is up to film-makers and not the Festival itself to open the gates for talent to step fwd – take a leaf from Bongo Lights who uses unknown actors for his projects…

Look at the other entries, Varia Williams is in four and Andrew Pilgrim is in two (not three as we said before) – I am sure if film-ppl would visit or talk to either media-houses or the Barbados Community College then you would unearth a cornucopia of new performers!

Sean Russell is a relative newcomer for the Bajan cinema scene, he has written a feature called the Kite Flyer (not to be confused with the great alternative group, Kite, still hoping for another album from them soon), he made sure to host a Blog and two kinds of trailers for cyber-surfers out there… This is one of the vehicles for Andrew Pilgrim, along with Samud Ali of Love 104 FM fame and Raquel Wilkinson & Rhea Ramjit, two former Banks Calendar Girls. Here’s Sean Russell’s own blurb on his debut – 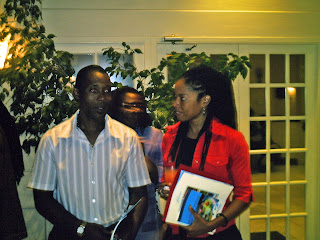 Jamal loves to fly kites. It?s his peace. One day Jamal?s stepfather does something to him that changes him forever. Enter the General. A twisted pseudo military gang leader who quickly elevates Jamal to be his right hand man. Unfortunately there is always jealousy and some people think Jamal is moving too fast and they are going to make sure that they stop him. They are not successful but there are others who hate Jamal. Then there?s Angelique who gets kidnapped for ransom. Jamal saved her once from some gangsters. Will he save her again?

Another point for young cinematographers to bear in mind is register your babies with the Internet Movie Database, this goes a long way to establishing credibility! Only “From Barbados With Love” is so registered, we understand it may be a painful process, but when you are looking to go global with your film, backing may be easier if you have your foot in the door via IMDb! 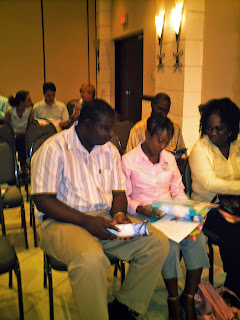 The next thing Bajan movie-folk have to bear in mind? Keep your websites CURRENT! Unfortunately BFF is guilty of this on its site but not their MySpace, SFA-Communications the ppl behind “Hit For Six!” also have a similar challenge when you pay their site a visit.

“Hit for Six!” is one of the films we’ll look at when we conclude this trilogy – plus why only one Caribbean entry from Antigua, as well as to give you an overview of some of the seminars for the Bridgetown Film Festival!