Does anybody remember Nirmie? As in Nirmal Thani – when he started at Love FM, then went to Mix FM, then decided to be Manager at DaCosta’s Colonnade Mall? 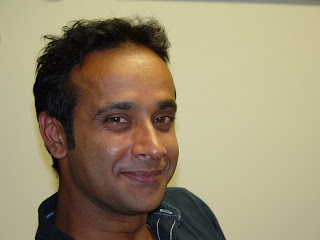 Well, Nirmal, is now an actor – he plays Amir Misra, the Indian coach of the West Indies cricket team in the film ?Hit For Six!? Nirmal says it’s been absolutely fantastic working on the movie.

?Hit For Six!?, which stars local actors Andrew Pilgrim and Varia Williams, as well as many other talented actors from across the region, was written and directed by Barbadian Alison Saunders-Franklyn and is set to premiere in Barbados on April 18 at Olympus Theatres.

Nirmal adds it’ll be an honour to walk the Red Carpet as a member of the cast, alongside persons like the BBC Eastenders star, Rudolph Walker and Barbadian-born Canadian actress, Alison Sealy-Smith.

?I think it is a great story, one that is perhaps pertinent now more than ever. Barbadians all over the world will feel very proud when they see ?Hit For Six!?. Even if you do not appreciate the game you can not help but be impressed with the quality of the work that is showcased in the film,? the father of two says. 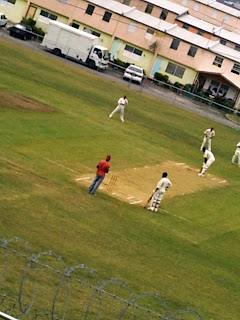 After Nirmal switched his career from radio announcer to retail manager, he was intrigued by the lights, camera and action of film which ?Hit For Six!? offered.

?It was quite an experience; it was great to have worked with seasoned actors like Andrew Pilgrim. He has a wealth of talent,? Nirmal commented. ?I now work in an entirely different atmosphere from what I was used to in radio, the retail business is very fast paced, there never seems to be enough time. But being part of the making of this movie, seeing it come together with the hard work and patience from everyone, was worth every moment.?

According to the release from Blue Waters Productions, you get tickets for ?Hit For Six!? from the following suppliers – A&B Music Supplies, Sheraton Centre; C S Pharmacy, Broad Street and Olympus Theatres, Sheraton Centre