Doan mind ICC, CWC nor WICB – Where do we go from here? What is future of Caribbean Cricket?

The state of cricket for this part of the world appears to be at death’s door, according to Jamaican, Australian and South African online dailies…

Over at IOL in Johannesburg, they got a chance to get the views of Lance Gibbs –

Gibbs played between 1958 to 1976 and with his cunning off-spin he helped put the West Indies on the road for attaining supremacy which saw them rule world cricket in 1980s.

But recent years have not been kind.

Performances and standards have slipped, something Gibbs believes is due to bickering and money.

“There are lots of problems afflicting Caribbean cricket, the foremost being the players’ association bickering over money,” said Gibbs.

“I’m not saying they should not be paid, it’s not a matter of jealousy, it could be done in much better ways.

“You don’t always wash your dirty linen in public. The tour to South Africa was a disaster when players stayed back in England and the West Indies Cricket Board president had to fly out and solve the problems.”

Gibbs was referring to the players revolt over money before the 1998 tour which ended in South Africa whitewashing them 5-0 in Tests and 6-1 in one-dayers.

“I would have gone there for nothing to see what Nelson Mandela had done there and learn lessons,” Gibbs said of the former South Africa president.

In Jamaica there are differing views on what many Caribbean people called “The King Of Sports“, both originate from the Observer, there is a spark of hope from Michael Burke who looks at the history from past, present to future – 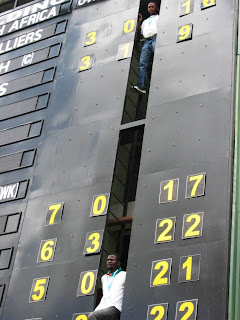 In the villages, the games would take on a life of their own, evolving into offshoots ranging from ‘dandy shandy‘, ‘ketchy shooby‘, ‘bowl-fe-bat‘ and other variations. In the 1890s, a West Indies cricket team was established to play visiting English sides. Please understand that the term “West Indies” is a misnomer used by Christopher Columbus, who mistakenly believed that when he landed in the Caribbean for the first time in 1492 (he came to Jamaica on his second voyage in 1494), he thought he had arrived on the west coast of Asia. The name remained the same until recent times, but is mainly used by the cricket team. A newer term, “English-speaking Caribbean,” is now in vogue.

In the 1860s, the Kingston Cricket Club was established. In those days, it consisted of the white planter and merchant class and the first chief patron was the then governor Sir Edward John Eyre, the tyrant of the Morant Bay rebellion.

In the 1930s and 1940s when the West Indies formally entered the competition, the team lost the majority of games played. But their strongest motivation to beat England at their own game came about when Jamaicans went to England in droves and naturally supported the West Indies cricket teams at Lord’s.

By 1938, ferment had started in Jamaica, where the workers were in a militant mood to overthrow colonial domination. This militancy spilled over to the rest of the West Indies. After the Second World War (1939-45), the government of Great Britain encouraged West Indians, especially Jamaicans, to migrate to England to help to replenish the work-force that they had lost – many of the country’s soldiers perished in the bitter war. Because of how the Jamaicans were treated in England, the motivation to beat the English at their own game was at its highest peak. In terms of cricket victories, it paid off handsome dividends from the 1960s straight into the 1990s.

The frequent defeats of the West Indies team coincided with a certain level of progress for West Indians both at home and in England. In other words, the motivation to have a good laugh at the English by beating them in cricket had subsided. Today, while the West Indies have perhaps lost more games than won in recent times, the staging of Cricket World Cup is the peak of our involvement in the game.

Then there is Garfield Myers who is more hardline in shaping up all of the players; he does not blame Lara alone for their current fortunes –

…professionalism shouldn’t only apply to the players. Those who administer the game must also be professional and fully accountable… …the West Indies’ pre-World Cup training camp clashed directly with the five-day Carib Beer Challenge between Trinidad & Tobago and Barbados. It meant that the camp went ahead in low-keyed fashion with only the Jamaicans, Guyanese, Grenada’s Devon Smith and Barbados’ one-day specialist, Ian Bradshaw in attendance… …Chris Gayle, on whom this team is heavily dependent, showed no signs of recovery from his lengthy batting slump and Bradshaw, the West Indies’ best one-day bowler up until a few months ago, had lost form to such an extent he was not even selected… 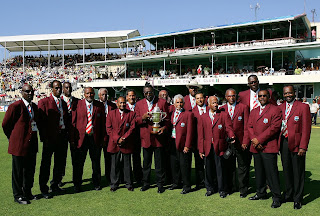 The entire cadre of the West Indies came under review from some of the Legends themselves in the land of Oz, they still see hope in Lara but the team needs some serious revision, one way or another, Sir Garry says before you crucify Lara find a new saviour… If one is available –

“Lara, in my estimation, is still the most knowledgeable person in West Indies cricket. And Lara knows his cricket.

“He may look like a supremo as people may try to say but whenever you look around West Indies and West Indies cricket, if you could find a man that you think is better than Lara, fair enough.

“But I don’t think there is a person who has that same knowledge and that same ability as Brian Lara.”

Sir Everton Weekes says firing does not heal wounds, it only makes the bleeding worse –

“When you go back to all of the winning captains, you’ll see that they’ve had very good players and great players. Unfortunately for Lara, he hasn’t got any of those in his side.

“The bowling is very average, he has got a couple of good batsmen with him and that’s it.

“But I think people can be a bit unfair sometimes in comparing players and teams and that sort of thing but I wouldn’t be that drastic to have them all removed.” 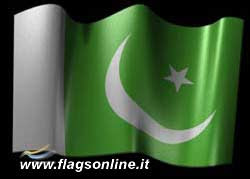 Well? It’s do or die for the next three matches and if all of WI is to stand a chance? Let’s rally and not behave like India nor Pakistan, threatening to seize finances or destroying homes – that’s utter crap, I know this will drive fanatics insane when I say this (did it twice in person and I know, but so what?)…..

IT’S JUST A FLIPPIN’ GAME, IT IS NOT THE END OF LIFE AS WE KNOW IT, OKAY?? THERE IS A NEXT TIME, & THEN YOU DO BETTER, SIMPLE!