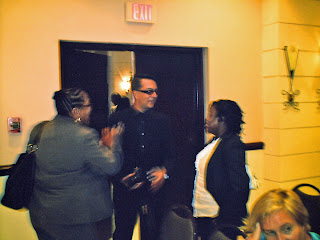 The Savannah Hotel was abuzz recently with some of the most promising young talents in film production for the Bridgetown Film Festival, this night in question was partially hosted by poet/actor Nala and director Mahmood Patel.

Nala introduced the trailers, while Mahmood saw an interest in ensuring the total participation of the region to the festival, making a broader base for carrying the film industry from Barbados to that of a global expansion. Mr Patel sited the fact that cinematic interests from Florida, Nigeria and the Netherlands are keen on seeing what this side of the world has to offer in both film-making and acting. He also was grateful for the Ministry of Culture stepping forward with Pan-African Affairs Commission and Caribbean Media Corporation in making sure the festival is a success.

Celia Toppin, the Director of Culture with the Prime Minister’s Office is happy that the private sector is being more active in supporting this growing sector. It gives this new plank of wealth-earning a vote of confidence and in turn more credibility for seeking financial backing since Government while mindful of this burgeoning sector cannot prop it up by itself.

The film industry also needs to cast a wider net in terms of acting talent, Varia Williams is in three movies while Andrew Pilgrim is in four – they are very good, but their visibility will be exhausted by the time Bajan appetites for local films acquires a rapid demand for the expanding industry. 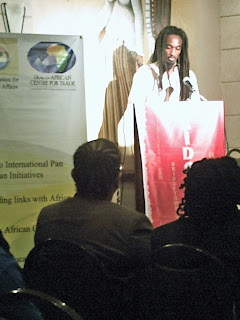 This was why Bongo Lights told Bajan Reporter that for the most part he chooses mostly unknown folks, to give them a chance at showing what they’ve got. He says he also has plans to do spiritual or inspirational movies apart from looking at both comedies and horrors – for the horrors he wants to use Bajan supernatural folklore.

In Bajan Reporter‘s upcoming trilogy on local films, the opening of the Barbadian talent base is one of the areas to be examined. In this segment, let’s examine the humor for this year… There are 3 comedies – the most ever so far!

“Holding On” is written and produced by Laura-Lin Hutchinson, a social commentary wryly told with a skewed look at Soap Operas. It has Cynthia Ralston who has not been seen for a while, along with initiates Sean M. Fields plus jazz chanteuse Rosemary Phillips. 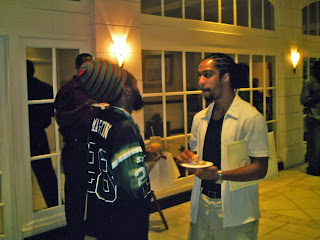 Neil Sorhaindo of No Budget Productions – famed for his Corporate Takeover from last year – looks at what does it take for a bad guy to keep being evil even if defeated repeatedly? Villains Anonymous is an almost slapstick approach to immoral support for staying afoul of Heroes!

The third comedy is a well-known mockumentary that was reviewed when this News-Blog first began… Miguel Drayton‘s From Barbados With Love, starring Magnet Man, Victor Clifford and Chango, the Terrorist Green Monkey!