Catching up is tough, but do-able, last month we spoke of Dennis DePeiza‘s launch for his book “Issues & Responses” which covers articles, speeches and items he wrote from the 1990’s to the early 2000’s… 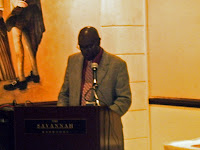 There are many topics which he looks at, let’s give you an insight to a few of them via some highlighted segments – some I agree with, some I think there is room for dissent…

“….modern-day credit unions need to equip themselves with persons who are trained managers, and not with management personnel whose only experience is limited to hands-on experience in the operation of a credit union. The local credit union movement in Barbados has long outgrown this type of thinking. It is imperative that those associated with the movement recognise that it represents a major part of the island’s financial sector.” 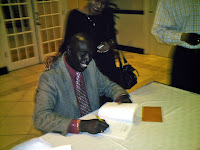 My view? I thought hands-on experience would be the best teacher? Perhaps service is the factor which needs to be examined… Placing a Public Workers ATM at Sheraton and the BWU’s credit union finally moving towards having an ATM system would lighten the overtaxed load of many good staff at either credit union!

“It would be interesting to learn how many children of school age or those who have graduated from secondary school within the past decade can readily recite from memory; The Lord’s Prayer, The Apostle’s Creed or even The Ten Commandments.”

I agree – yet religious dogma alone cannot save the next generation – a broad based approach wherein white, black, Indian and Asiatic kids should also be able to speak easily on tenets of Buddhism or know what the Koran does and and does not say, for that matter do not grow up under the misconception that the Talmud is Middle Eastern food – do not limit them solely to Christianity!

Common political knowledge of this island also needs to be emphasised – I remember helping a little girl with homework once and she believed Owen Arthur was not only Governor General, but the sole arbiter of political power in this country! This is but one of many incidents I have encountered that causes me to feel that parents and teachers need to do more to ensure that children’s BRAINS as well as their BELLIES are fed! 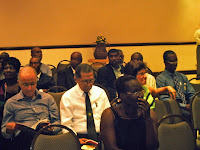 “….Government should be urged to give active consideration to adopting of ILO Occupational Health and Safety Convention No. 155. To do so, would be to promote the implementation of a set of standards that support a health and safety culture at work.”

This is true, insofar as it is enforced with the full weight of the law. If illegal dumping can still operate with impunity and avoid the fine and jail term on most occasions, then how truly can we adopt such valid and necessary ethoses and practices?

This was of particular interest in that it seems to me he’s contradicting himself… Mr DePeiza can see the parallel between racism in the 60’s with Civil Rights and the persecution of homosexual men and women even now, yet when it is up for the honesty of teachers so inclined to step forward, he caves in to the puritanical side –

“I was heartened by the fact that member units of the Caribbean Union Of Teachers, who attended the Congress in their individual right as members of Education International, not only voiced their abhorrence against that provision of the resolution — [they] went further and voted against it.”

At the same time he wants to safeguard and define gays, predators and victims alike – so where is his true stance?

“….let us concentrate our efforts, as far as possible, towards eradicating any forms of sexual abuse in our schools wherever it exists.”

One of the sorest trade union points around especially when juxtaposed with the Caribbean Single Market & Economy – Many Guyanese seek to get to Barbados by any means necessary and to ensure they are valued, they cut their wages to encourage their employability while Bajans who did not want to do so much work in the first place, now get vex when they see twice the effort for a quarter the pay? 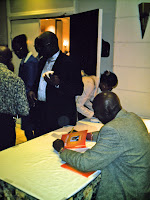 “In the movement to the CSME, the opportunity is not to be lost to drive home the point there is no place for the discrimination or exploitation of labour, neither now nor in the future.”

These are some of the topics, I have barely scratched on them – you find the rest in Mr DePeiza‘s book available at Pages among other places! Don’t forget to visit his website: Regional Management Services!