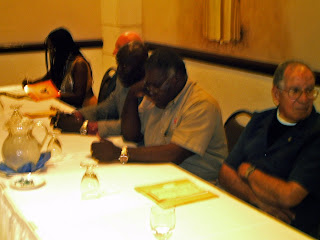 Dennis DePeiza compiled “Issues and Responses” a number of essays, speeches and newspaper items from the 90’s to the very recent present; it took close to seven years to get off the ground.

Along the way, Dennis had much support from different quarters – among them, there was Grace Husbands from Gold Dust Multi-Media Services who guided the publishing details and Coles Printery who actually got the book from theory to practice!

Orlando “Gabby” Scott of the BWU was the emcee that night at the Savannah Hotel in Hastings, and kept it cool when an idiot latecomer knocked down CBC’s camera light which in turn hit a poor member of the audience on his head, that man should be more careful!

Patrick Frost, the former head of the Barbados Secondary Teachers Union, sees DePeiza‘s book as a legacy to his pride in education; in that Dennis wanted to make sure that youth continue to learn from what he was taught. 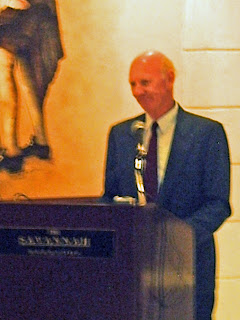 Mr Frost also saw DePeiza‘s trade unionism shining through in the pages by showing the way better can be done for various situations and how it could be achieved!

However, it was Robert “Bobby” Morris of the Barbados Workers Union who nearly ran away with the event and came close to making the audience forget why they were there, so compelling were his observations…

According to Mr Morris – In the old days (about 60’s sugar in Bajan history, before early 80’s tourism) it was viewed by most that Unions were put-upon heroes and Government & Business were almost automatically enemies; nowadays? Unions may have to confer with both the Private Sector and MP’s or Ministers to get the desired result for their comrades.

He likened the Social Partnership as similar to marriage, and also made it known that this kind of administration is very familiar in Ireland, Dominican Republic and Europe – Barbados did not invent it!

Eventually, the Caribbean will have to look at a new frontier for earning foreign exchange – the intellect as the new capital for the 21st Century! Mr Morris says we are very likely in the 2nd phase of the Social Partnership – the first ran from 1993 until 2003, with the next series under analysis until about 2013. This is how historians compile their data. 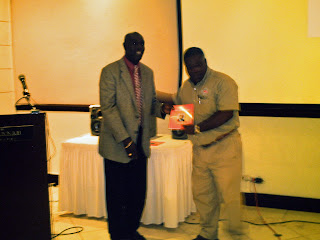 While a Unionist will say they like the Social Partnership, a historian is always assessing if it is working properly?

The proof that Social Partnership in a modern society is different is the amount of times the Prime Minister has intervened in many so-called lesser disputes – he gave Light & Power as well as the Port as very recent examples and stated if he listed all, he’d be there most of the night! He also sees equally familiar situations in Jamaica, Trinidad, UK, USA as well as Antigua.

Bobby’s view on the Union and Politics mixing, is that they should interact but maintain their own dynamics to effectively perform in their respective arenas. 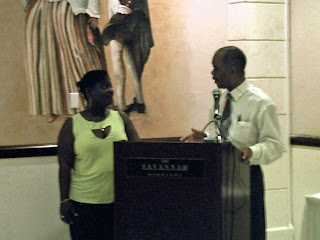 The man of the moment, Dennis DePeiza was told by UWI students that they hope this is not the LAST book he writes on trade relations as there are so few Caribbean books on this topic. 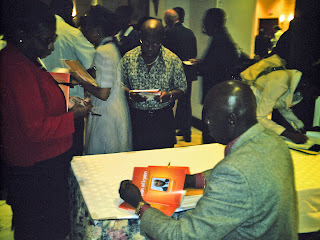 He has also created a company and website known as Regional Management Services to assist with a number of areas… Afterwards, the RMS head signed some copies that he sold of what is very likely the first of many books, already he is proving Robert “Bobby” Morris’ comment that intellect is the new capital for the 21st Century as being on the button!