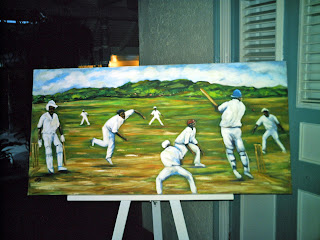 It was not that long ago when Bajan Reporter cited both Scottish and Kiwi bloggers as showing there’s a growing preference in the Caribbean for basketball over cricket, now one of cricket’s Legends has stepped fwd to dispute this!

Gulf News, an Arabic online newspaper, managed to get a quick chat with tall bowler Barbadian Joel “Big Bird” Garner, who was very emphatic in dismissing basketball as a viable sports commodity for young Bajans –

His answer was very crisp and quick. “Nothing was done to promote the game in the region. So I am not shocked at whatever has happened.” 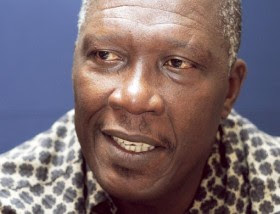 The speedster also reacted to comments in the local dailies that youngsters here now prefer basketball to cricket owing to opportunities of a good future in the US. “That is not true. I think a lot of people opted for other sports instead of cricket since it was not marketed properly to the youngsters here,” was his perception.

Now while I respect the fact Mr Garner has to hold his side and for his side (cricket), nevertheless whether or not it is admitted, there is some form of a paradigm shift in the cultural dynamics of what young Barbadians want to do as a form of athletic expression. 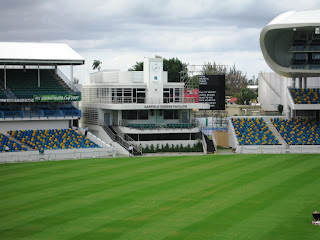 Whether it is that basketball has better marketing here, or it may be connected to the Losedies’ piss-poor performance this CWC 2007… The fact is that WHOEVER is trying to acquire Bajan b-ball recruits for the USA knows there is an opening and if that is the case then Joel Garner as a selector should notify his relevant counterparts or colleagues and aggressively put such a threat down before it grows!

If cricket is really “we” or “WI” culture, then you damn well better pull your thumb out and start doing something… I have said this is only a game, but good God, play as if you WANTED to win! This includes safeguarding future players to have a better performance for other games yet to happen! As it is now, when this Tour is done, let ’em all go and select fresh new players who are HUNGRY for victory!