Received this e-mail from a previous contributor who in turn received this from some highly respectable friends from noted financial circles – “Yesterday sometime between 5:30 pm and 6:00pm (day light time) two men dressed in black jumped into my sister-in-law’s car, threatened to shoot her, put her out of the vehicle and drove away the car. This occurred at Sheraton Mall by the exit, next to the Fed-ex vans.

“She was unhurt and is in much better shape today.

“The nerve of these guys is quite appalling, so I am just telling as many people as I can to exercise caution – be aware of your surroundings especially when driving alone and lock your doors – this may get catchy. 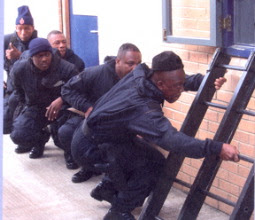 What was very eerie is that in the process of fwd-ing this cyber-note, a user saw fit to not just add but testify and verify!

“I would like to assure those of you are in doubt about the authenticity of this story that it is true. I arrived at Sheraton Centre around 5:30pm on Tuesday (February 27, 2007) and after persuading my son that it might be dangerous to stay in the car by himself proceeded into the mall for approximately 30 minutes.

“On my return, I noticed group of people by my car and at first thought that someone had broken into it. Once I realised that this was not the case I asked someone what had happened and was informed that a lady (who was standing crying) had been carjacked at gunpoint.

“I was astonished because it happened feet away from where I had parked and concerned about what would have happened if I had left my son in the car (with the car keys) as he wanted to. I also have a greater concern that the public interest is not being served as I have yet to see any mention of this incident in the media.

“Patrons of Sheraton Centre (most of Barbados) should be warned especially given the daring nature of the perpetrators who committed this deed during the day.“