For those of you who either thrilled to Richard Gere, Antonio Banderas or the Australian flick “Strictly Ballroom” or even adored old Fred & Ginger – then you missed a great show at the Wildey Gymnasium over the weekend… 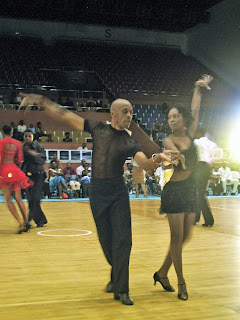 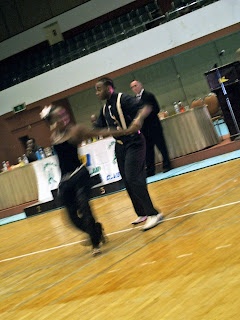 There were three judges from overseas to provide their technique to assessing the prowess of all of the contestants. Sarwat Kaluby, Rosendo Fumero and Dan Messenger. 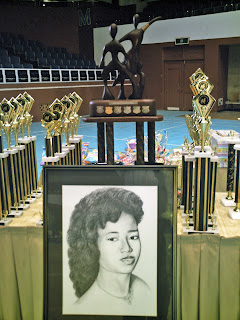 The solo is really the piece de resistance of the event; it is a tribute to Annette Byer whose deeds led to the founding of the club back in 1996. There was also a surprise demo from the Universal Kempo Karate Club. The show was great – so let me get out of the way the few bugs I observed… 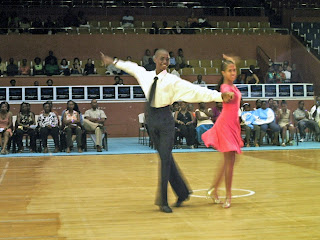 It was adorable to see the juveniles and juniors, but sad to realise that few parents get their boys to do Ballroom, there were two pairs of girls competing at one pint; boys are at a premium – just so you know? Samurai warriors may be taught to fight, but they learn dance, poetry and painting so as to be well-rounded sword-machines; there is a soft play for the hard edge to bounce off against!

The Karate Club almost stole the show with a comedy routine – two guys tell a salesman they get their clothes from JC Penney and then a guy in a towel arrives and it turns out he is JC Penney, he fights the two bullies for his clothes in slow motion set to the love theme from Top Gun, when he runs out of steam – the salesman returns to rejuvenate JC with Red Bull (it gives you wings? LMAO) and he wins! 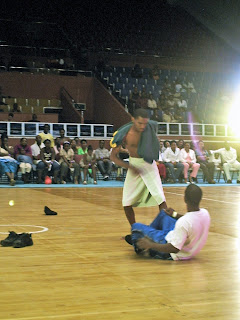 Man, one of the overseas Judges was wiping tears from his eyes he was laughing so hard! It was a clever use of comedy to demonstrate the effectiveness of self-defense and when to use it!

The Advance Open and Annette Byer solos were won by Daana Linton (Roamin’ The Caribbean fame) and Mark Burgess, this is not their first time; but a full interview is forthcoming! Here’s a full list of those winners that night! 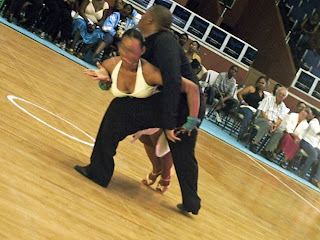 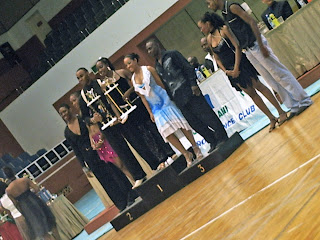 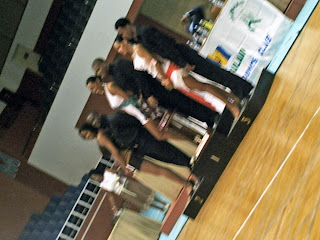