For those that follow this News Blog fairly regular you may recall when I did a review on Scott Clement‘s “Scarlet Avenger” pulp-like series set in WW II? 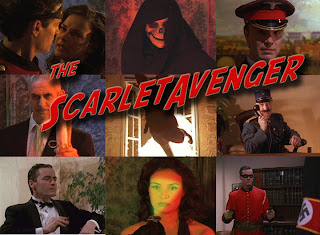 Well, it seems he just had his first interview on ‘The Paunch Stevenson Show‘. Scott seems to think that he may sound a bit dorky in it, but you decide! There are two guys are interviewing him about ‘The Scarlet Avenger‘.

You can download episode #63 of ‘The Paunch Stevenson Show‘ here:

There’s also a part in the interview where Scott tears a strip off of the back of George Lucas pretty badly!