Plans to close Broad Street again? Thought it was free-flow for CWC 2007? 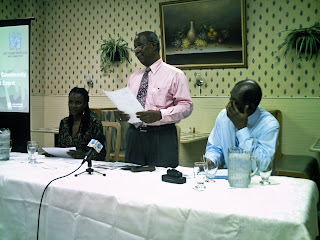 Merchants from Broad Street want to close Broad Street to try and cash in on the CWC 2007 spectators leaving Super 8 matches – how does this reconcile with the Local Organising Committee (LOC) wishing to ensure that traffic remains flowing freely during the Cup?

The LOC with the Chamber of Commerce held a Town Hall for the business community of Bridgetown on Monday 12th March at the Ideal Restaurant. This is where Francine Charles, the Marketing and Corporate Communications Manager of the LOC pledged that traffic would be effectively managed to ensure a free flow – which contradicted the wishes of the merchants… There was a subsequent promise from Ruall C. Harris, the Director of the Chamber “to investigate the possibilities” of such a move…

Ms Charles added the only time that traffic could be affected is if Police needed to close a road for security purposes, but she would not elaborate!

I wonder if the business community of the City realise that all one-ways run in Bridgetown proper towards Broad Street itself? 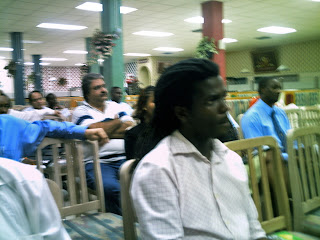 In that meeting, Cave Shepherd indicated they plan to run from the 10th of April to the 5th of May until 9:00 pm and also be open ’til either six or seven on Saturdays or Sundays – possibly April 1st & 8th as well as May 6th inclusive, this is yet to be confirmed (but CS staff are already grumbling)!

Praxis’ store manager wanted to know if only Broad Street was concentrated on? The Wharf side over the Lower Careenage is not brightly lit at night and if there are plans to open town later, then how would visitors be encouraged to traverse that side of the City? 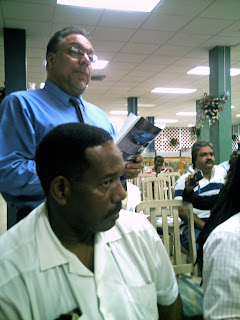 The LOC agreed with this contention and also revealed there were concerns that no bankers attended the session and there seems to be just a tacit reliance from their part that locals and foreigners will just use ATM’s and done with that!

Eddie Abed from Abed’s of Swan Street expressed a worry of hearing there was a rumour that cargo would be restricted… The LOC also denied there were any plans to have a no cargo day from the Port, as far as they knew, the Cruise Terminal was to run as per normal.

Francine Charles also went into great detail over ambush marketing and explained that Barbados must respect intellectual property; and unless you are a main sponsor you cannot seek to offer tickets as prizes. She admitted while there is another mobile sponsor in the lineup, this advertiser was concentrating solely on the Asian market and had no problem with C&W handling the Caribbean market. 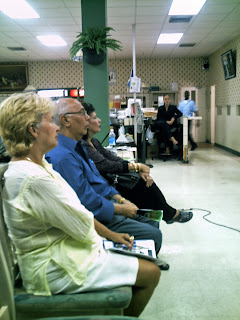 The Sanitation Service Authority reminded those present that it’s always best to liaise with the SSA the same way that Police and Fire are informed of similar events.

Ms Charles also disclosed at the meeting there are three new subsidiary sponsors – Cockspur Rum, Banks Beer and Johnny Walker… In fact two days before the Super 8’s reach here there is a chance for a company to become an advertiser with the ICC CWC 2007!