London Bourne is falling down: The Invasion of Strathclyde, Pt 3 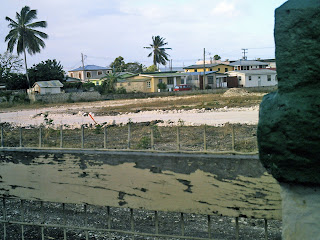 It is a good thing from my News days I learned how to shuttle off noise – you had no choice when the newsroom is typing + shouting + ringing + etc at each other while you try to finish YOUR story for the deadline… Since when I was composing yesterday’s articles I used that ability to plough on through as I could barely concentrate for the shrieking of the steamroller crushing the marl into what the bulldozer had dug before – the road for the new Barbarees settlement for Emmerton folk. 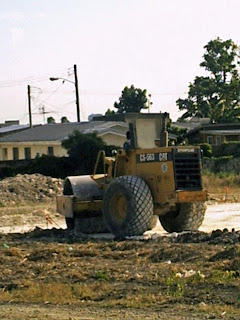 Then I learned CO Williams was involved as I saw a bobcat only this morning sloughing the excess marl into the belly of an open-backed COW truck, in a way, I suppose this can be construed as a benefit as I know where most of my cats are during the day now, they’re cowering in my house from construction equipment raping their former turf at the whim of a voting gimmick foisted without consent on not only my neighbourhood but ME, as I am right next door to it!

In case you are not aware, there is a strong possibility that relocating the folk from by the sewerage treatment plant will LOWER real estate values for this area and this is what BOTH black & white Bajans are saying; that any mortgage assessments will mean higher interest rates of repayment – if this is so, will Government be willing to offer a rebate or compensation accordingly?

But the folk in Strathclyde, be they Indian or White or Black don’t want to open their mouths because of the segregated history this area has had in the past, plus, the noise and dislocation is disrupting ppl on the Crescent and is not right by Strathclyde Drive folks – so I guess that makes it okay then! 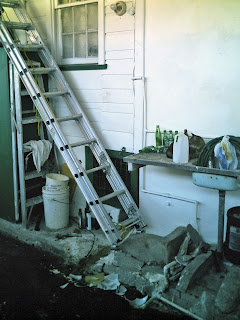 The crap has reached new heights now, they have taken to indirectly damaging my property – the vibrations from the equipment loosened the lamp covering my garage-light and sent it crashing sometime between Thursday & Friday – my diabetic mother claimed she heard a crash and I couldn’t figure out what made this noise ’til the following morning when I was doing fluid maintenance on my car. That’s when I saw the shards on the ground… 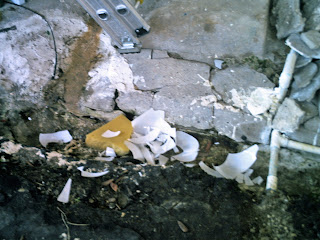 The push is on to get these Barbarees Apartments built, but some ppl from Emmerton say they want the same amount of bedrooms as before and the only way they can give all of them what they want is if they do a high rise – do you recall London Bourne towers? From National Housing?

I applied but was told I made too much money at the time – it’s a good thing as London Bourne is falling down, so is this what Emmerton ppl are looking fwd to placing their new eras and furniture and episodes of their lives they spent decades living before elsewhere; either what they are given – smaller places or if they get what they want – high-rise apartments which may or may not last?

The only ppl who win are those who look to cadge a vote, not the ppl who thought they carefully selected to get what they thought they deserved. No Town Hall meeting to see if they want these places; no Town Hall to inform residents of changes to the neighbourhood nor to get their input on how they feel… Since there is little difference with either political party in office, maybe we should apologise to the UK and rescind our Independence? Sorry, PEP, you don’t cut it – we know both sides currently and you are an unproven factor, we’d rather go back to days of local government if anything with Independent candidates who would be wooed by all parties!

As I sum it up, I just wonder why it is that the ppl are being moved and instead relocate the plant? For that matter, will Strathclyde Crescent ppl be compensated for the disruption to their regularly scheduled lives whatever ensues in the end – will any Government be willing to do what is truly right?