Unfortunately, the curator at Queen’s Park Gallery says there won’t be a Cricket Cultural Village after all –

“The National Cultural Foundation thanks you for your interest and enthusiasm towards the planned Barbados Culture Village project, scheduled to be held in Queen’s Park April 20-29th, 2007. We regret to inform you that due to circumstances beyond our control, this project has now been cancelled. We look forward to future cooperation.”

However, there are more plays as Glenville Lovell was hoping for; but if you still want some cricket of a less strenuous nature then you can go on over by the Waterfront for Susan Alleyne Forde’s exhibition – 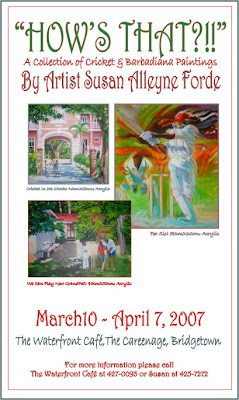 If you liked Carla Springer & Andy Armstrong, then check what Holder’s & Frank Collymore Hall have got going on by the 22nd of this month – 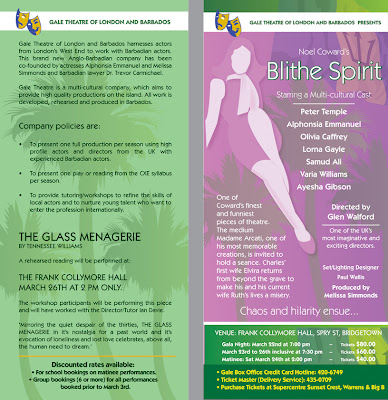 And even after that date? UWI’s Cave Hill Campus, better known as uwi-chill, is doing their own theatrical stuff, too, lookit – 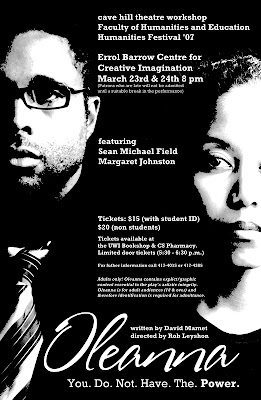