Emmerton Vs. Strathclyde: Proxy Victory with History as a Muzzle 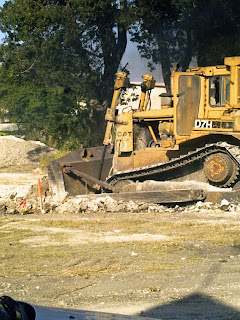 As I have said before? It really is weird when News literally lands on your back door, now, it takes a while to build steam for this one – so just bear with me on this!

Entertainer, ambassador, and former political candidate – The Mighty Gabby has sung ad nauseam over the plight of the citizens of Emmerton, I am sure they have their very valid reasons for wanting to move from that area as it is next to a sewerage treatment plant (where work is paused due to industrial unrest, according to CBC)…

With eminent attorney Bobby Clarke nipping at everyone’s heels – pledges have been made to get the famous residents resettled, as we learned from the Daily Nation – “Construction of homes in Upper Barbarees Hill for Emmerton Lane residents could begin in earnest next month.

And, added Minister of Housing and Lands Reginald Farley, resettlement of the people living closest to the Bridgetown Wastewater Treatment Plant should be finished by March next year.

Farley gave this assurance to Emmerton residents during a meeting yesterday involving senior officials of his ministry, the National Housing Corporation and the residents’ lawyer, Robert “Bobby” Clarke, at Emmerton Community Centre.“

Even the Barbados Advocate has put their hat in the ring so to speak – “[Minister] Farley was accompanied by a number of high- ranking officials from the Ministry of Housing including Urban Planner of the National Housing Corporation, Yvette Humphrey, who showed the residents the lot sizes and the house plans which were prominently posted on the walls of the Emmerton Community Centre.

Skeptical residents told the minister that similar promises were made in the past, noting that at that time, dates were also set for relocation. However, Farley pointed out that in this case, the infrastructural preparations for the site have already started, a clear indication that the project is well under way.“

According to VOB929-dot-com, there are environmental concerns, and that is why there has been no major rush to do the big move. But is that all there is? Were any questions asked of the people that will be disrupted by this action? CBC-News is the only coverage where the delay is seen for what it is by Emmerton residents, as another pain in a long list of grouses – “
” In response to her comments, Mr. Farley said that some residents would be able to move into their house before year end as they will be completing the homes in batches.“

So, here is where the news now lands on my step – In August last year, I sent this e-mail to my neighbours… “As you are well aware by now, the clanking in the open field between myself and the Smalls was Ajax Construction clearing the way for Emmerton Lane people to be relocated (and nearly smashing the wallaba electric pole by “Bothwell” but then that’s okay, right?)… WERE Strathclyde residents asked how THEY view this proposal? I am willing to prepare a petition and send it to Rev. Joseph Atherley, the man who we only see every five years, and let him know if no action is done forthwith to divert or halt the move then the pastor will be relocated by ballot also! Please forward this to all other Strathclydians with e-mail addresses, ASAP!!“

I was being kind when I claimed our MP visits every five years, but in fact, the last time there was an election? He only sent some representatives! About six years ago, the neighbours here made a petition for speed bumps to be placed in Strathclyde so as to protect the children and senior citizens and we never heard a word! But those same bumps or “silent policemen” were placed post-haste by the Norman Niles Roundabout to keep construction workers safe, huh! 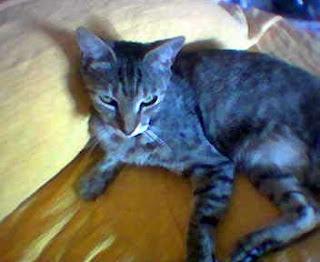 Moreso, I am on the Crescent next door to the Relocation… In addition, my mother lives at us, she is old and diabetic, she has our cats and the tv as company when the wife and self are at work – when those tractors are blaring “SKREEEK-SKREEK-SKREEK” as they drag the tractor over the same area ad nauseam – it scares my pets and drives my mother nuts, and on the days when my wife is working evenings, she says you can’t concentrate on anything and she wonders if those same people never heard of greasing the parts of the tractor?

Back to that e-mail I sent in August 2006 now – you would not believe the reason why residents did not respond via e-mail, they only did so on a verbal basis… Since Strathclyde has a history of racism, they would rather keep quiet than speak to their own rights – yet Strathclyde is now a mix of so-called White along with Black and Indian folks! (Plus: I am sure it helps that the rest of this district is not so near the noise and disruption, eh? Perhaps I am guilty of NIMBY huh?)

Only Virgil Broodhagen the artist left a message on my cell, but his response had no drive as he was very aware that he and I would probably be the only two who may feel strongly enough about any potential concerns such as crime or drugs easing over, as there have been indications that Emmerton in its downwards spiral has attracted that kind of element against its will. 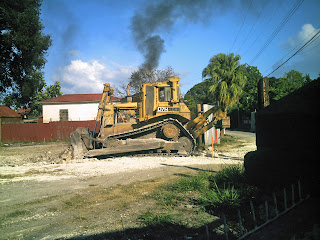 I am still curious, town hall meetings are so fashionable these days; be it for wind turbines in St Lucy or the CWC 2007 as it relates to traffic – you mean no one saw fit to ask Barbarees or Strathclyde or Bank Hall neighbours their opinion on the matter, nor saw fit to hold a meeting to let them know of what is to happen? A simple fiat and we just skip along merrily as though it’s no big deal?

I would like to think that residents are seriously meditating on their ballot strategy for whenever the next bell tolls, because as the old adage goes, it tolls for THEE!