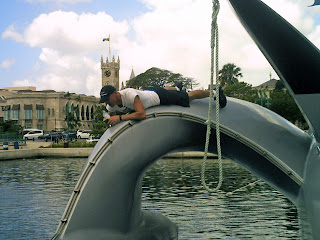 There’s bad news and good news… In continuing coverage of the ever-saddening plight of the Earthrace a check with a Kiwi website of a radio station there indicates the crew may be forced to drop their pursuit of the bid to circumnavigate the planet in less than two months. Mrs Bethune says on the upside, Guatemalan authorities could be lenient about the collision as new evidence came forward –

“Sheryl Bethune says the feeling is that her husband will not be held culpable for the crash, as the fishing boat had no lights on nor any radar equipment operating. She says the crew will be questioned by a Guatemalan judge on Tuesday morning. 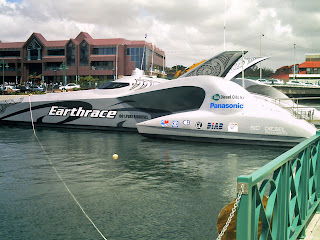 The crew of the New Zealand powerboat could be detained in Guatemala for up to six months. However, charges have not yet been brought against the Earthrace team.

Mr Bethune said on Monday that the damaged powerboat made it to shore on its one remaining engine. He said it was unlikely that Earthrace would continue its bid to circumnavigate the globe.“ 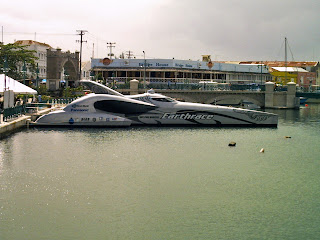 Ever see a grown man cry? Do not lose heart, brave Kiwi crew, there is always next year! Bajan Reporter is with you in spirit and believes in you!