CWC 2007’s Security in hands of Foreigners: Where were they for poor Bob Woolmer?

There was a special release sent by Caricom’s agency for Security during CWC 2007 which gives overseas officers powers to operate in terms of security here, but nevertheless ensures they follow proper guidelines so we do not have a land version of the Shiprider Accord that nearly ruptured the Caribbean almost ten years ago…

HOST venue countries for the International Cricket Council Cricket World Cup (CWC) 2007 in the Caribbean have enacted legislation to allow non-national security forces to be deployed in their countries.

The legislation is in support of the efforts of Caribbean governments hosting CWC 2007 to ensure that the tournament is safe and secure. A number of countries outside the region have contributed law enforcement and security expertise, including CWC participant countries such as South Africa, Bermuda, India and Australia and their personnel will be working side by side with their Caribbean colleagues.

Dr Peter Phillips, Jamaican National Security Minister, and Caribbean Community (CARICOM) Minister with responsibility for Resource Mobilisation within the Community?s Ad Hoc Committee on CWC Security said: ?It is now standard international practice to utilise both expertise and personnel from participant countries and friendly neighbouring states to provide security at major sporting events. In the current climate of global crime and terrorism, it makes sense to unite all the stakeholders in ensuring a safe and secure environment. Notwithstanding, it must also be understood that host nations retain ultimate responsibility for safety and security and in keeping with their responsibilities as sovereign states.? 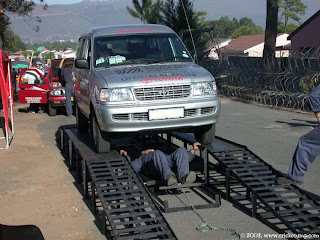 CARICOM legal officials said legislation had to be formulated which allowed visiting police to work alongside Caribbean officers, but within strict limits.

According to the legal officials, since national law enforcement officials normally possess certain protections under national law in the proper execution of their official duties, it would be necessary for visiting officers to be afforded similar kinds of protections and immunities.

The visiting personnel could also be liable to prosecution and disciplinary action in their home countries for alleged offences perpetrated while working in CWC host countries.

Visiting police officers and military personnel will operate under the command of Commissioners of Police of CWC host countries and will be accompanied by local colleagues. 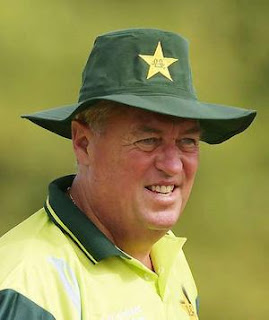 These measures do not however, speak to the death of Pakistani coach Bob Woolmer, whose death is now deemed as SUSPICIOUS…

When a look is taken over at The Business Standard, they’re saying that Woolmer’s death may resemble that of the ancient Thuggee cult of India – yes, that IS where the word “thug” originated –

…police sources saying that a bone in his neck had been broken, indicating that he may have been strangled in his hotel room five days ago.

A scheduled press conference by the police and the game’s governing body, ICC, was called off without any explanation amid reports that both did not want to go public with the causes of the 58-year-old coach’s death without being absolutely sure.

The same broken neck issue has caused Scotland Yard to offer their services, according to “This Is London” –

Scotland Yard said it was ready to help Jamaican police investigate the death of the former England cricketer amid fresh suggestions that he was murdered.

Even here in the Caribbean, Chris Hoyos’ Caribbean 360 looks at the shocking issue which is unprecedented in any Cricket World Cup match; this has led to a clampdown on the movement of all members of the games regardless of their country –

Security has been tightened for all teams in Jamaica as press reports claim that Pakistan’s coach Bob Woolmer was murdered. His wife said he contacted early Sunday morning hours before his death and he was depressed over the loss.

Local media each cited unnamed high level police sources as saying that marks on his throat and a broken bone in his neck suggested that pressure was placed on his neck and they were now treating the death as murder with one working theory that he was strangled.

With the multi-national service now ratified, (a) how did such a thing escape unnoticed PLUS (b) now it has already occurred, how soon do they believe they can solve it and what can be done to prevent another similar deed?