Betty Holford , a former colleague from CBC and also wrote excellent columns in the Barbados Advocate, is a good source for unusual material, as you recall she sent me a sweet story about a deer adopted by a dog! This time she stayed nearer to the Caribbean – 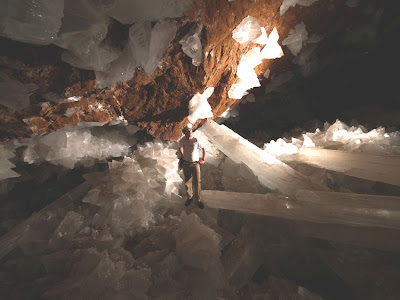 This is the crystal cave of giants found in the Naica Mine, Chihuahua Mexico.

These are Selenite crystals (gypsum) and are the largest crystals ever discovered. 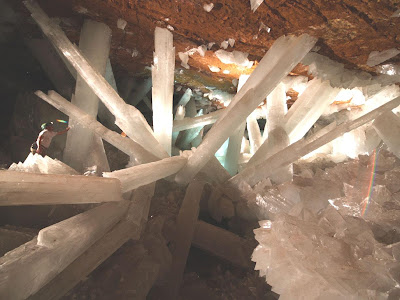 They are 1000 feet down in a limestone host rock where they are mining for lead, zinc and silver.

These crystals were formed by hydrothermal fluids emanating from the magma chambers below. 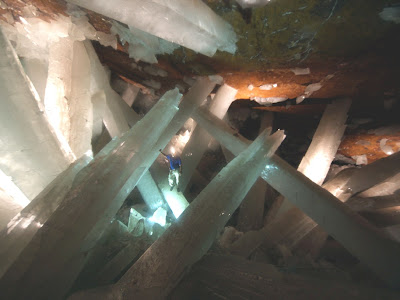 The miners had to drill through the Naica fault, which they were worried would flood the mine, and this is what they discovered. 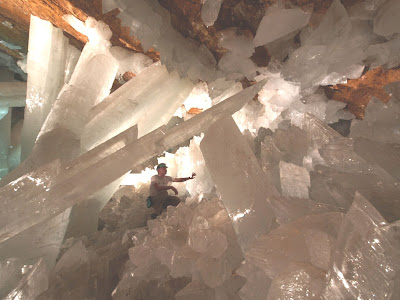 This mine also contains the Cave of Swords, another collection of large gypsum crystals.