Chris Dehring has already smelled mutiny in his own backyard and is looking to quell it before the big rush for the opening at Sabina Park in less than 24 hours… It seems one of his own crew is upset over accreditation procedures, but they must shut up despite other eyes on them? This is his view on the matter –

“In particular it has been drawn to my attention that comments reportedly made by Ms Lisa Ogilvy of the Jamaica Local Organising Committee (LOC) in Friday?s (9 March) Jamaica Gleaner sought to attribute blame to our contractor Rushmans for the difficulties at the Sabina Park Accreditation Centre on Thursday 8 March. 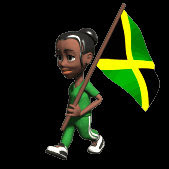 “In fact any difficulties were principally caused by incorrect instructions issued by the Local Organising Committee to the 1,200 people asked to attend the Accreditation Centre.

“They were supposed to have arrived in batches of thirty to undertake collection and it is wrong to attribute blame to Rushmans for the fact that they did not do so. Rushmans is one of the world?s leading accreditation companies and delivered successful tournament accreditation services for previous Cricket World Cups...

“There have been numerous power supply problems causing constant interruptions to their work and the corruption of their IT systems. The accreditation centre, which was supplied by the LOC, was handed over to Rushmans three weeks late.

“This put intolerable pressure on their operation and they have been working literally night and day to try and make up for lost ground. 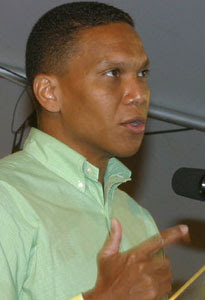 “We are indeed fortunate to have these event professionals working with us to resolve these difficulties and the challenges we face and I would like to thank the Rushmans team on behalf of Cricket World Cup for their perseverance under very difficult circumstances.