In the South Asia bureau of the BBC‘s online edition, Boria Mujamdar has said what Barbados Free Press and the Bajan Reporter have been trying to state all along – if this region cannot look at hosting Olympics, then how on Earth can we do Cricket World Cup? 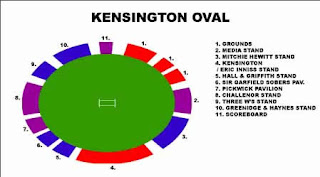 “Take Barbados. It will be hosting six of the eight final-round play off games, including the high profile India-Pakistan and India-West Indies clashes.

“The problems begin at the airport. There are only four customs counters. The time taken to clear television equipment through ranges from an hour to two hours. Foreign media crew expect long waits.

“The flight schedules are awkward and there are only a couple of connecting flights for passengers from the Indian subcontinent.

“Travel within Barbados is hard. A distance of five kilometres, the distance between my hotel and the Kensington Oval cricket ground, takes an hour or more and taxi fares are never less than $15. 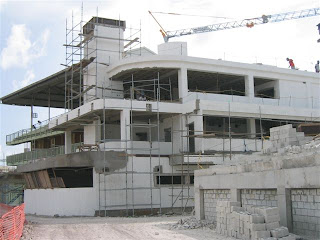 “Restaurants are struggling to keep up. The time taken to serve pizza at the pizzeria in a mall opposite my hotel was an hour and twenty minutes. Many of the waitressing staff seem new to the job.

“These may be teething problems. But internet facilities are unreliable. More than two thirds of the hotels have no internet. Internet cafes are few and far between. Places with broadband are limited and the speed is often not good enough to send television stories.

“If you think you can overcome this by calling office/home, you are in for a shock. A $5 phone card allows you to talk for only for a minute to the UK and India. To compound problems, some hotels charge $3 every time one uses a calling card from the room phone.”

Before most of those partisan to whatever start raising their lances to tilt at whatever windmills? This Mr Majumdar is a sports historian and a university lecturer in Melbourne, Australia! Bajans also have a long way to go when it shows responsibility for their surroundings even after any kind of event, be it sporting or otherwise…