According to Mr. Leon Chase, Assistant Public Relations Officer for HOPE for Children Charity, ?No one has come close to Mr. Nyron Weeks, a Barbadian who set broke the pizza eating world record last year during the Barbados World Record Festival [but] we believe there is someone out there in Barbados, who can beat the world record of 2 minutes and 58 seconds [in] eating a 12? pizza.? 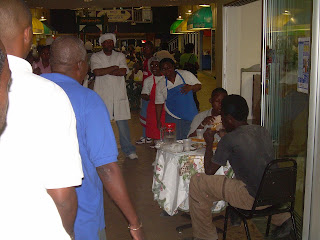 He added, ?This event is only one of many, the festival has many other categories, most of which are sports events and proceeds for the Saturday March 31st Festival at the National Stadium will go to the HOPE for Children charity assisting primary school children.?

There?s going to be a registration drive for all events on Saturday March 24th at Jubilee Gardens in Bridgetown from 10 AM to 3 PM. The highlights include another pizza eating contest at Sheraton?s Pizza man Doc restaurant on Saturday March 24 from 6pm to 8 pm. 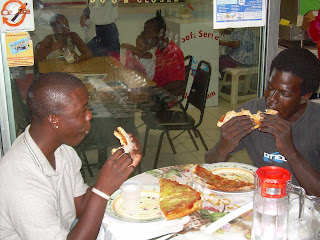 When one buys a 12-inch pizza, (special low price) and eats it in under four minutes, they will get their pizza free. Additionally, their names will be listed for the finals at the National Stadium on Saturday March 31, 2007. On that day whether they break a world record or not, their pizza will be free.

Cultural records include the ?longest road tennis marathon?. The sporting events include ?fastest 100m running backwards?, ?fastest 100m hopping on one leg?, ?fastest 100m human wheel barrow race?, ?most people to skip one rope at the same time? and ?most basketball free throws in one minute? among many others.

Non-sporting events include ?fastest time to eat a 12 inch pizza?, ?fastest time to eat a raw onion? and ?most people to ride a bicycle for 50 meters?. The fun events include a ?carry your wife competition?, ?Dance competition and lowest limbo?, ?fastest 100m two person human jockey?, ?strongest tug-of-war ? with various categories?. It is hoped the tug of war will encourage camaraderie among all Barbadians. 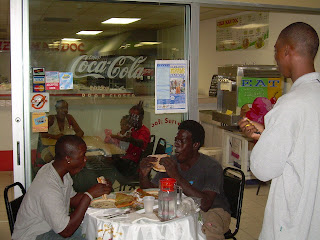 Individuals, clubs and associations who are interested in breaking Guinness World Records, or watching, can either collect entry forms or purchase tickets from the Cloister Bookstore, Hincks Street, Bridgetown and Sheraton Center or at CS Pharmacy, Broad Street. For further information persons may contact the organisers at (Tel 243-0125) or email: worldrecordbreakers@yahoo.com