When I was a tyke I am sure there is a quote about it all being a game of knights and checkerboards, if you know it – please holler HARD! It has a bearing on this story – don’t you love items like these, makes you feel real safe, warm and bubbly inside…

Unrest among passengers who subsequently started a fire on the tourist liner ?Floating Point? anchored in Carlisle Bay forced the captain to call on the Barbados military, police force and fire service for emergency assistance.

At the end of it all, four hours later, 85 of the 2000 passengers were dead; 22 injured and 129 people were unaccounted for and feared dead by drowning. The 400 crew members were alive but with some of them nursing minor injuries, mostly bruises.

However, we can all breathe a sigh of relief because it was only the scenario in a 10.00 p.m. table-top maritime simulation conducted by the Barbados Defence Force (BDF) to test various aspects of the Maritime Disaster Contingency Plan as part of the preparations for Cricket World Cup 2007. 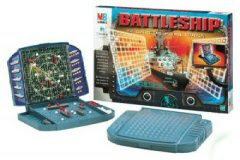 Table-top simulation? Like Battleships? Even with a two-dimensional “game” are these casualties acceptable? Would real folk be given the same treatment, like a token on a board?

Is this country another Putin faced with Chechen rebels and a vessel instead of a theatre? I can’t believe that! Surely one way to avert a potential fire on board such a ship would be for CERO and the Fire Service to see if all cruisers arrived in this country adequately equipped with fire-fighting equipment and alarms in the first place?

I really hope that when faced with reality as opposed to a flat-lined demo, that Barbadians …. in power or otherwise …. would show and give more compassion!