Tycoon sells his virginity? Naw, seeks to use his loot to save the planet!

As Barbados Free Press stated very recently, a Bajan came forward and declared the emperor is nude when it comes to global warming, which is to say as Pogo put it a long time ago? “THE ENEMY IS US“… And now a man who may have indirectly contributed to it wants to reverse that process… 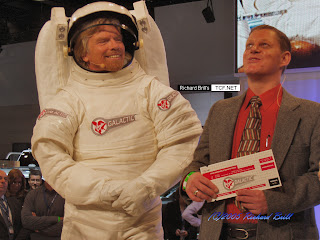 “Sir Richard Branson announced a $25 million prize for the scientist who comes up with a way to extract greenhouse gases from the atmosphere, comparing it to the 17th-century quest to revolutionize navigation by determining longitude.” He is not alone in his quest, he’s joined forces with the real President of the USA, Al Gore… “[who] stood next to Branson at the press conference where Branson announced the prize.

Reuters quotes Branson as saying “Man created the problem and therefore man should solve the problem,” and that “unless we can devise a way of removing CO2 (carbon dioxide) from the earth’s atmosphere we will lose half of all species on earth, all the coral reefs, 100 million people will be displaced, farmlands will become deserts and rain forests wastelands.”

icWales quotes him as saying, “The earth cannot wait 60 years. We need everybody capable of discovering an answer to put their minds to it today.”” 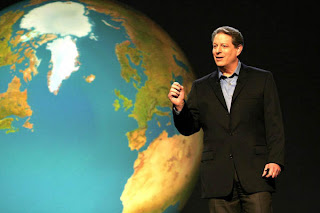 The man who was cheated out of victory by Bush Sr & Jr also had input on this important venture – “[He] said the planet now had a “fever” and the world had to listen to experts.

{Gore} said last week’s report offered conclusive evidence the planet was unwell. The Intergovernmental Panel on Climate Change said last week that temperatures on Earth could increase by 2-11.5 degrees by the year 2100.

“Up until now, what has not been asked seriously on a systematic basis is, is there some way that some of that extra carbon dioxide may be scavenged effectively out of the atmosphere? And no one knows the answer to that,” Gore said.”