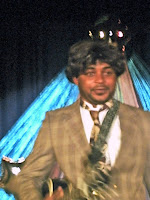 In life, there are some folk who like to slap at things without qualification (like try to cast aspersions on ppl who have been working at an entity for years when they just joined and they claim those ppl are now total slackers – amazing, since the pot calling the kettle black have not even been on duty for a whole month – anyhow: the less said the better, even though I was not at brunt of it, nevertheless, it really got me pissed), there are others on the other hand who like to guide and nudge positively – be a catalyst for change, remember when the Barbados Music Awards website had no criteria? Now, hopefully soon, we’ll learn who their Judging Committee consists of and how it is selected! 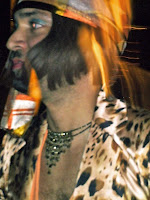 Be that as it may, the universe remains full of diverse angels – with some, their wings are made of feather, while others have nothing but leather – and this News-Blog is one place where Michaels and Lucifers get differentiated…

The leather kind of idiot creature was caught by the Barbados Free Press last year, but ironically, they were tossed back for the same reason Barbados Free Press is not caught (nor unfortunately, can BFP receive or use advertising, that would mean contact = No-No!) – anonymity, the reviewer from the NY Post (a tabloid in every negative connotation) operates under a pseudonym and blasted the Hilton’s Restaurants as well as its Art Gallery! 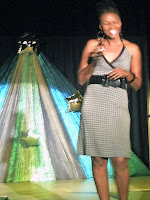 My question is this, if the Hilton Barbados is so bad, then why does it have 60% occupancy as its worst figure – even in Summer? Why are there so many conferences held at this Hilton now, rather than at Sherbourne? If it is so bad, then why do they even bother to acknowledge their employees with things like an old year’s fete with Krosfyah; a talent show a la American Idol; moreso – a Staff Awards where every department was acknowledged one way or another?

(BTW: So what if I know one of the Awardees well? The Hilton Barbados is still a cool place to eat, sleep and… ahem! Besides, while that awardee may be a damn sergeant-major for quality, she is oh so cute and sexy, LOL) 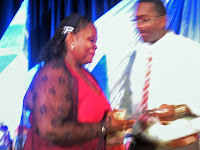