Anyone who knows Anderson Armstrong knows he as a long history for such a young fellow – he has worked at No 1 Record Shop on Independence Square; a Teen Talent competitor in Richard Stoute’s landmark showcase for culling young local performers; the lead male vocalist in Square One and now… Actor?

Yup, he appears in Glenville Lovell‘s “Going For Love” a romantic comedy set to debut at Frank Collymore Hall March 8th through the 10th… Now is this play not authored by the same Glenville Lovell best known for his thrillers? There’s a lot more to him than that – if you check his website you learn he is a dancer and choreographer and it’s not just detective fiction he composes…

Using Google‘s Gmail chat, I was actually able to get an insight as to what participants can expect next week…

Bajan Reporter: I was surprised to see you do a romantic comedy and not your usual action-thrillers?

GL: Actually, I dapple in many genres, I’ve written ‘serious‘ novels as well as the thrillers and I’ve done quite a lot of plays

Bajan Reporter: So what led you to select Anderson “Blood” Armstrong as the romantic lead?

GL: That was the director’s call; I really had no hand in the casting 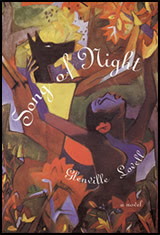 GL: She used to be on the NCF board; She’s been in theatre for a while but mostly in administration, though she’s done ?Laff it off? and things like that.

Bajan Reporter: So is this an original play or is it an adaptation of one of your works?

GL: No, it’s an original ? got 3rd prize in the recent Frank Collymore Literary Awards in January. Algie Yearwood was originally to do the lead male role (he’s on TV with Giggurd & Boo). He’s also been in theatre for a long time

Bajan Reporter: Will you be here for the debut?

GL: Yes, I’m coming in on Saturday or Sunday. Can’t wait to be in Bim, my first play in Bim in 6 years and i’m really looking forward to it. My last play was ?The Debating Society? which Earl Warner directed

Bajan Reporter: That’s a good while ago

Bajan Reporter: Which aspect of love are you examining or satirising or are you using humor to emphasise?

Bajan Reporter: I was asking about satire as it relates to humor?

Bajan Reporter: Any plans to do movies? Miguel Drayton, Earl Maynard and others are starting like crazy!

GL: That’s a rough business. My ?Blades? series was optioned by a small company in NY, and they’re trying to strike a deal with a Hollywood studio 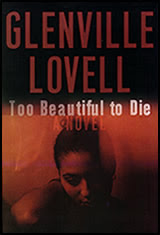 GL: So far no luck

Bajan Reporter: Why is that ? untested waters, or too many palms to grease?

GL: Just getting the right connection, that’s the real problem? Finding somebody willing to take a chance on something new ? but I feel it will happen!

Bajan Reporter: The Caribbean is still viewed as an untapped resource for ORIGINATING movies as opposed to scenes or plots ? do you agree?

GL: I’m not sure it’s seen as a resource at all in Hollywood. But I agree that it is an untapped source of new material. There’s lots of talent in terms of acting and writing in the Caribbean, and there’re many stories to tell

Bajan Reporter: Any new books up your sleeve??

GL: Novels? yeah, I’m working on another ?Blades? book, I?ve got a story coming out in a collection later this year. It’s called: Queens Noir

Bajan Reporter: Blades was inspired by your Bajan heritage combined with the cosmopolitan experience?

GL: Yeah, for sure

Bajan Reporter: Will it be available here?

GL: Exactly ? He’s a good writer, Robert, I hope to lime with him when I come home. I’d like to spend more time in Barbados in the future, especially with this theatre company we’ve started

Bajan Reporter: SAYGE? Is this you or Algie, or both?? How did you arrive at the name??

GL: all four of us

GL: Our mission is to make a significant contribution to the growth of the theatre art form in Barbados and beyond by focusing on our audiences and delivering productions that is socially relevant and intellectually challenging and funny too

Bajan Reporter: So there are more works planned? This is a militant revival of theatre??

GL: [lol]… Yes, you can call it that; there is a vacuum, clearly

Bajan Reporter: So who is SAYGE, Yearwood, Glenville and?

Bajan Reporter: How old is Sayge?

GL: A few months. This is our first production

Bajan Reporter: Is it expensive? Or sponsors were plenty?

GL: Expensive. No sponsors. Everybody tied up with the Cricket World Cup; it probably wasn’t a good move on our part to do the production at this time

Bajan Reporter: So why barrel ahead now? Wouldn’t CWC overshadow your efforts??

GL: But I’m in New York. I depend on the folks there in Bim to know the terrain ? we hope not. It?s a chance they were willing to take

Bajan Reporter: What budget is the play ticketed at, or you’d rather not say?

Bajan Reporter: ouch, wow – explains the ticket prices now? You plan to use the Internet to sell your play? It seems more Bajans are cyber-savvy now?

GL: Yes… email will be heavily used; I suggested [text messaging] and a website and posting a clip on YouTube but with a limited budget a lot of things couldn’t get done ? the tickets are only $35.00 Bds, relatively inexpensive, I believe

Bajan Reporter: Why is it more artists go direct to Net? Especially YouTube – I know the answer, but I want 2 hear it in your words…

GL: It’s the height of democracy

GL: If you have a computer and savvy enough, you can express your views and get access to a variety of opinions and ideas. The open access to uncensored ideas is something which will revolutionize the way people do business

Bajan Reporter: So are ad agencies and PR folk the next Jurassic Park? Dinosaurs? Media Houses like CNN too?

GL: I don’t think so. They’ll adjust; they?ll [always] find ways to use technology… Look at how much money Google makes selling ads on the net

Bajan Reporter: Is this the next stage for Sayge then?

GL: What? The Internet?

Bajan Reporter: Yes, to advertise and promote, cutting down on overhead to concentrate on the play? Perhaps trailers on YouTube?

GL: Yes, certainly. We should’ve approached it that way from the beginning. But we had limited time to pull the thing together. Next time, I will hope we can plan better and utilize all these potential means to maximize our audience. The good thing is that I think we have a good product… It’s an easily accessible play… and I think it’s funny without sinking to crassness

Bajan Reporter: So who else is in it??

GL: It’s [just] two characters, for the next production I hope to have a website

Bajan Reporter: Long Distance? I guess it reveals too much to show how that’s done?

GL: Where we can post clips from rehearsals, so people can follow the process, kinda like a video blog ? of course we’ll do this without giving away too much of the plot?