She has played Storm‘s voice in the animated X-Men, been a judge as well as a legal secretary on TV, played a jealous stifling mother in Honey with Jessica Alba… Now she gets to return to her Caribbean, and – even better, her Bajan roots… To my mind, she has never wanted to be anything else or no less than an actress, and she has pursued that goal with a tenacity similar to Logan/Wolverine of the same X-Men!

Alison Sealy-Smith lives in Scarborough, Ontario now – but soon she returns too her homeland to act with her countryman Tony Thompson in an interpretation of “The Polished Hoe“, a murder mystery from Austin “Tom” Clarke – in fact? I saw a commercial for this play pop up between the Rick Mercer Report and the CBC.ca bulletin “The National“, this spot was voiced by Kent Jordan (ex-Starcom/VOB/Yess then Love FM) and had appearances from both Tony and Alison, this is the version to run at the Obsidian first… I still am of the view it should have debuted here in Barbados, THEN run in Canada, but we ain’t the author is we? 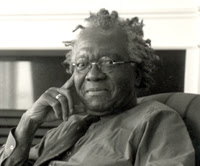 Anyhow, tomorrow evening in Canada – “…over two years of hard work will come to fruition as Sealy-Smith stars as Mary-Mathilda in the theatrical adaptation of the award-winning novel The Polished Hoe.”

According to Joanna Lavoie of Inside Toronto? ” “Reading the book really peaked my attention. I was born in Barbados so I feel a direct link,” Sealy-Smith … said the intricate character of Mary, an elderly West Indian woman who struggles with a murder confession among other things, also drew her to the story. 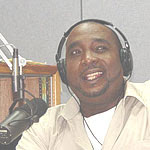 “I fell in love with the voice of this woman. She’s really a complex woman,” she said, adding Mary doesn’t fit in well with the stereotypes people put on a woman of Mary’s age and background.

“She’s both a victim and a perpetrator.”“

Now, if you look at the bottom of the Home Page for the ICC match-site, you’ll see Canada is not only taking part in this year’s series in Group “C”, but they even reached the semi-finals of the Cricket World Cup in 1995 – but check how it’s referred to in this article; “The Polished Hoe will also be staged in Barbados at the World Cup of Cricket Championships, which will take place for the first time in the Caribbean, as a representation of Canada’s cultural contribution to the event.” 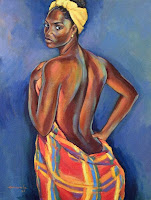 That has to be one of the weirdest ever names for this game that is causing such a stir in our tiny pond, however – since there are quite a few readers to this blog now – I get stats every day, so with such a following, I know that one of you will devise a juicy statement to be barely muttered in mixed company – please do not tie in to the title of the book/play by the ex-General Mgr of CBC, LOL!