Ex-Convict: Hell In Barbados, no interest expressed by pending inquiry

“A memoir of a man serving time in prison in Barbados and his mission to reveal human rights violations to the world.”

Heat Magazine, the local weekly that stirs up almost as much muck as the Barbados Free Press, cited the fact that Terry Donaldson‘s long-awaited book on the Glendairy riot is available!

This is Amazon.co.uk‘s blurb on the Irish publication – “Facing financial ruin, he agreed to smuggle drugs from Barbados, but was caught and sent to one of the world’s worst prisons, where he remained for over 3 years. Honest and disturbing, Hell in Barbados is the true story of how Donaldson witnessed stabbings, beatings, shootings and a full scale riot as the prison went up in flames.” 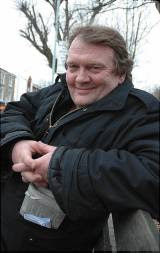 It adds what he has been doing since – “After graduating from college, Terry Donaldson travelled the globe and has been a tarot practitioner for over 30 years. He has written several books on the subject and has hosted his own TV show. Following his experiences he has become a counsellor and helps people overcome addiction problems. He lives in London.”

According to Heat, Donaldson offered to testify in the upcoming Glendairy inquiry, but he is yet to get a response, perhaps he is better off staying out of Barbados?