Broadmoor & Lancashire: Two models for Barbados not to follow! 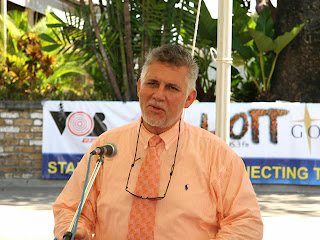 Well, I had a good rant the other day about the death penalty in Lancashire, then when I was driving to home from work yesterday I heard the Market Vendor on Starcom Network and it was like insult to injury for what I saw the other day about a (disgusting) Bajan in the UK…

Not that the Vendor per se was insulting, but the info revealed as from the Sun paper in Britain…

“A fried breakfast followed by yoga, a cooked lunch, an arts and crafts session, a cooked dinner and a movie. {Meals can be sent back! Just like a restaurant; Airbourne’s note} Then off to bed in a cosy en suite room fully equipped with a TV, computer and DVD player. 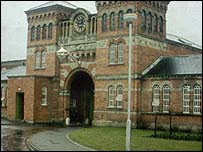 On warm evenings the staff will lay on a barbecue. And if you?re feeling a bit frisky they?ll even order in raunchy magazines for you. You only have to ask.

At ?640 per person per day it?s twice the rates at the Ritz ? but it?s worth every penny.

Inmates can smoke and STAFF must withhold, after all, let the convicts have fire – is that dangerous? I mean who in their right mind is gonna see this as punishment? Take a wild guess who pays for it?

“Each ?patient? wallowing in this absurd comfort costs ?234,000 a year ? and, naturally, taxpayers are footing the bill.“

If that is not a case for riot nor revolution I don’t know, I guess the UK knew what they were doing when they kicked out the Tories and put in Tony Bliar, uh, Blair…

Anyhow, so I heard this on the radio and I Googled it and I found another insult! Also from the Sun, it involves the Yorkshire Ripper…

“An angry source said: ?Some staff were wearing tights and cutaway tops. A female therapy assistant with a Masters Degree in psychology was in tights to play the title role while a male nurse must have been entertaining to the sex offenders as he cross-dressed to play an Ugly Sister.?“ 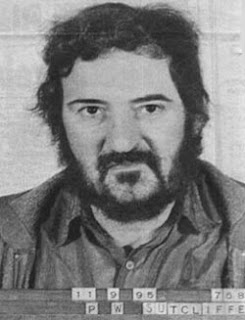 This incident happened on Boxing Day in 2006, they were given crackers – which are considered contraband for their explosive potential – were handed like tic-tacs to the inmates!

“The patients were given wrapped presents, mostly toiletries.

Angry nurses and security staff not connected with the unit called for an investigation, claiming the performance made hospital staff a laughing stock. It was watched by a Home Office official, invited because the Broadmoor unit is a Government trial into whether rapists and killers can be taken out of prison and treated in hospital.“

Well, they can always send Sturon Thorne to Broadmoor, then the Market Vendor will have a full field day! Amnesty can say what it likes, but if there was a death penalty then people may think twice – I am fully aware that if the shoe was on the other foot that I may plead for leniency, but that is why I seek not to try any crime as I know I’d be allergic to the penalty, whatever it is!