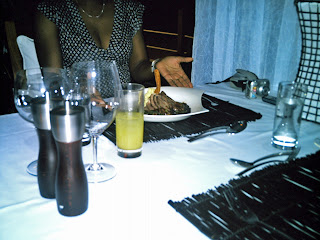 I was zipping through Caribbean 360 today and see that over in St Kitts and Nevis the Government there has requested a company to send visitors to that Federation so as to gauge the level of service tendered to shoppers.

This is known as “mystery shoppers“, this can be very enriching for a company to either improve its reputation or to previously confirm its status – be it good, bad or indifferent.

However, in my view, they made a goof… See if you can spot it? (This picture listed below is from a very satisfying Birthday breakfast at the Hilton last year!) 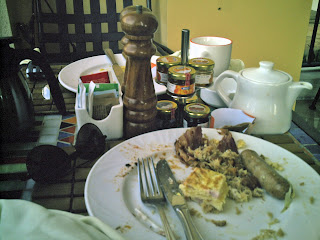 “The programme intends to intensify service excellence training, hone the skills of those frontline persons who impact the visitor experience as well as portray the image of St. Kitts and Nevis as an ideal tourism destination.

“The first phase being undertaken by the St Kitts Tourism Authority and the Freeman Group, will target public sector employees and taxi drivers.”

The problem is that the areas should not be identified, let them sweat blood as to where the shoppers will operate – in fact? I wish that Barbados would use the same idea to improve standards at gas stations, department stores and most fast-food restaurants…

“There needs to be something really done about Customer Service or the lack thereof at both KFC and Chefette, and until that time, no one should buy from them unless they develop manners and common-sense!

“On the night of Thursday the 24th Feb. ’05 I finished my late shift and my wife came to pick me up from work, both of us had a hard day and neither of us felt like cooking – so we decided to fast-food it… Big Mistake!

“Went to Chefette Wildey, stopped at their Drive Thru and WAITED ages (3 to 5 minutes) before a response which was to hold on MORE (2 mins. further) then ask for a Dinner Mate, told that you gotta wait 15 mins. for chicken and decide to ask for all-beef rotis instead and learn that that’s outta stock also, only chicken rotis (they, along with Chefette‘s chkn. sandwiches give me the runs, avoid ’em like the plague) and so we decide to try KFC Collymore Rock…

“How dumb was that? They shut already at 11:30, “We shut!” was the terse reply snapped at us from the drive thru glass that remained shut during the whole encounter!

“As if we didn’t suffer enough, we sojourned to Chefette Rockley, and learned our Dinner Mate was 3 legs and a wing with no napkins nor ketchup after the fact… We only realised the legs bit at first and asked about it, and were told that that’s all that’s left! Good Lord! You couldn’t’ve told us beforehand? Wait ’til we done spend the money? Jesus Christ Almighty, man! What utter CRAP!!! If we see the li’l man in the chef’s hat the rest of this year, it’ll be too damn soon, y’hear??

“As if that wasn’t enough, we traipsed over to KFC Hastings and bumbled thru their drive-thru which although open was lacking in stock and manners… “We en’t got no corn at all!” ‘Please‘ and ‘Thank You‘ must be Russian insults for them, too!

“So, in essence, dear friends … you have three alternatives – buy your late dinners early from either Big John’s at Mall 34 on Broad Street or even better yet, The New Thriving Chinese Restaurant on Country Road at the old ICB Building (where their Sweet and Sour pork is not any flour balls but meat in tasty sauce) or, head over to either Lucky Horseshoe in Worthing or Warrens!

“Chefette and KFC never heard of late shift people and never stock nor cater for them, and the staff that works then is only thinking of getting home and can’t be bothered with what YOU want, even though it is YOU who enable them to get a salary!“

If we had Mystery Shoppers here, you think this would be as likely to happen? I ran it on my Home Page and Chefette got vex I used their logo, and threatened me with a law suit… So much for Customer Service! 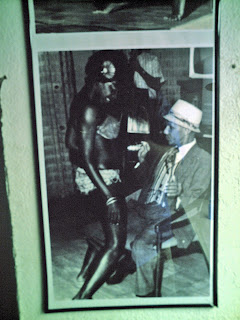 Luckily, there is now also the Limelight Cafe on Cavans Lane (be sure to look at the old-time entertainment photos in their restrooms, LOL) and Bert’s has reopened to some swift business as well (Donny at the bar is a God-send and their lasagna is to die for) so there are plenty of alternatives!