Over the years, the Tourism Authority has come under fire for many things – ex-president Earlyn Shuffler‘s salary as well as the “Dream Team” of Tom Hill & Errol Griffith (who each stayed a year then split); their treatment of Hugh Foster & Calvin Hope when restructuring as well as numerous little marketing glitches (eg: Bahamas, St Lucia and Jamaica advertise more overseas on US tv than Barbados – they have ads at least four times a month on NBC or BET on Jazz)…

This time, with Homeland Security experts from the US advising this region about proper security methods during CWC 2007 – it seems their own Chairman has opened them up to a serious flaw! The Barbados Free Press was tracking some reporters out of Delhi who had a hard time of it here and they actually dared to explain what did or didn’t happen as opposed to what is right or wrong in the general flow of required procedures at CWC 2007.

“…It was a classic Bollywood case of the system forcing you to turn corrupt! Hudson took me into the media box, I met some of my colleagues from the British press, explained to them our plight and asked for their media passes to smuggle my team in. This wasn?t something I hadn?t done before. Rather, as a child we had repeatedly done this to watch Mohun Bagan?s matches in the local Calcutta football league, when most of us did not have the required membership.

And once we had all made our way into the media box and had settled into writing the opening lines in our laptop, we were all stunned by the nature of the act. So much for the tight security before the World Cup! Even more bizarre was the claim from the media coordinator that he had taken personal initiative in getting us in. ?I could not sleep a wink last night?, he said on seeing us in the press box. ?It was acutely embarrassing that members of the media, after having travelled half the world were being treated like this. But please understand that we were determined to get you in.? Indeed we did. 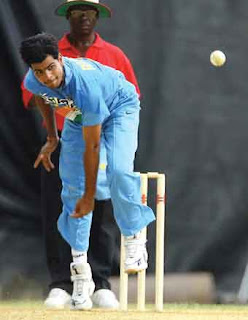 The moral of this incident is that Barbados is still not fully prepared to host the tournament, the biggest cricketing extravaganza in Caribbean history. If people can break the security cordon this easily, the World Cup might easily turn into a field day for the Mukesh Kochars, men who will surely relish the idea of making a fast buck. With three weeks still to go before the start of the tournament, here?s wishing the World Cup organising committee and the thousands of volunteers all the luck in the world. They will need every bit of it just like we did while in Barbados.“ 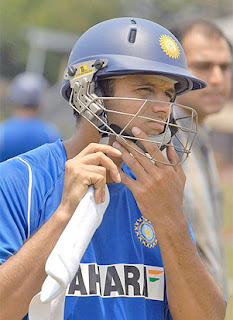 My questions are as follows – was it a matter of breaching security, or was initiative used when the LOC did not live up to their end of the deal? Is Hudson really a a villain or a hero, this is situation ethics, like if a Catholic priest lies to Nazi Schutz-Staffel (stormtroopers) that there are no Juden/Jews at his church when he knows full well he emptied the wine cellar to store 40 of them down below…. Is he bad for lying as a priest? Or does God forgive him for the lesser crime committed to serve the greater good?

Can you really see a scraggly set of guys from Delhi looking as though they may have an agenda to do 9/11 Part Two? Those fellows did not even have to comment on what happened as to how they got in, but they told the truth in the interests of betterment and now everyone wants to crucify both them and the BTA for doing it…