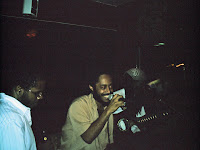 No wonder, many artists are now skipping their own managers as well as tv networks and shooting their videos straight into the Matrix!

Case in point? Fitzroy is a Bajan music reviewer turned singer based in Miami for now, he has a new video and he sent it straight to the ‘Net via YouTube… 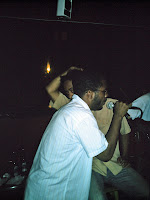 “ “Can’t Keep Waiting”, which was filmed in Barbados with director Selwyne Browne and editor Jamel Alleyne of Zotikos Studios, is the first in a series of videos telling the story of the album. Look for it everywhere and elsewhere very shortly. The next video, “The Way I Move“, is being filmed later this week here in Miami. In the meantime, check this one out. I hope you enjoy it. I personally think it’s a tad sappy, but hey, that’s how our story begins. There’s a cutlass in there for a reason…
“Stay tuned for Summer Tour info, as the band and I will be leaping around starting in May.“

Fantastic, I still would have chosen “Her” but this song’s key is its sadness makes its beauty, to me this is obviously a relationship he was in where he wanted a girl that was here to let him know – either stay here or go with him, she held off too long and he shift overseas!

Man, I love that bag! I wanna know where to find me one, LMAO! Alyson Holder was great as his hesitant love interest and the story was clear from the first frame – can’t remember the last time I see a vinyl 45, wow!