What does a Magician do? See The Magic? No, read on! 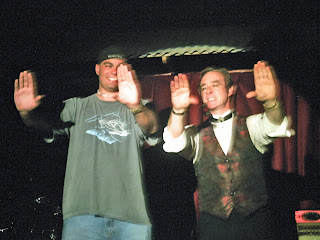 For those folk who missed the first Friday at the Limelight Cafe, it’s your own damn fault, I had a blast! That night I was a Magician’s assistant, couldn’t see one sh**e (tell you later, not what you might think) – but it was bare sport!

Elliott Smith as you will recall is a qualified illusionist, “Order Of Merlin“, this means he is at the level of David Copperfield or David Blaine or Criss Angel – he has been doing magic tricks since he was 12 years old.

There were some kids in the audience from Vermont and Maryland who were part of a student Marine tour that stopped through Barbados and they got to be assistants for Elliott as well. 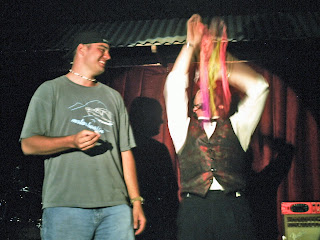 This world-class magician did tricks like put the name of the card I was thinking of, to replace the brand-name of a marker and print itself on the pen in question, I nearly jumped off of my chair when that happened!

The food was great, stewed beef, braised chicken, rice & macaroni with veggies and a basic garden salad. I washed it down with a Limelight original called a “Sea Breeeze” – yes, folks that’s how it is spelt …. with 3 “E’s”, it is vodka, cranberry and a citrus liqueur …. after the fourth I was DEFINITELY breeezing, thank God I did not have to drive that night, LOL!

But that was not why I couldn’t see when I was his assistant, it was due to the fact he changed my glasses to thick kaleidoscopic lenses that made me look, as Elliott remarked, like “…Mr Magoo’s long-lost son“! 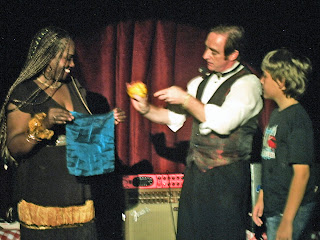 He had one of the overseas students try to mimic his trick and he pulled what seemed like a mile of crepe paper from his mouth, Jennifer Babb from Barbados (she’s the head of the Menopause Society here) was trying to do hanky tricks like he did – but Elliott is Elliott, and in the end? There can only be one! 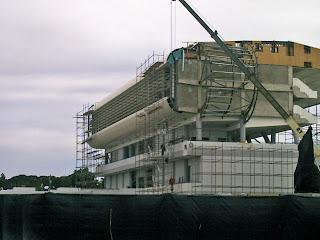 Elliott may return for the launch of Kensington Oval, and he implied he’d do the lady-in-half or make tigers and lions appear from nowhere, so whenever that place is ready – I hope they have the good sense to use the gent, it is not everyday you see such a magician do what he does…

What does a magician do, BTW? Now, this is the question he asked that night 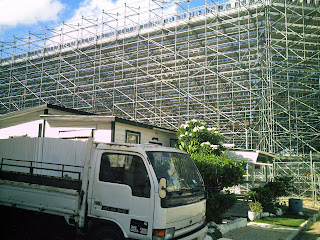 – and this was his revelation, “If singers sing and dancers dance, then magicians magish!” I think he must have been looking for a drum-snap from his mod-vod act, LMAO!!