The villa crowd of Barbados

There is no jet-set in Barbados, especially since the Concorde is on ice, but accrding to the Times-Online, there is a platinum coast of Barbados?

“For the point about villa life, especially on Barbados, is that you don?t just rent the villa ? you rent the lifestyle. Ajmal?s glamorous friends might not come as part of the package, but Cove Spring has a team of 16 staff, led by the efficient Gloria O?Selmo, who enable you to live like a star, serving meals and drinks all day, getting you that hard-to-book table at Daphne?s or the Cliff, changing a plane ticket. Given that previous Cove Spring guests include Sir Elton John, Sting and Rod Stewart, they are used to tricky requests.“

Requests may be tricky, but not as tricky as the prices! The fees involved can buy a small car or be a down payment on a house… 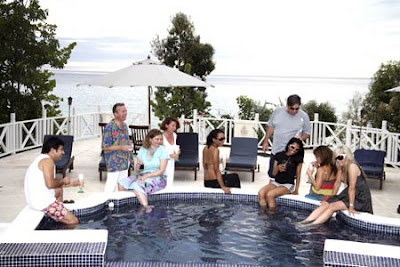 I can hear some blustery old character now – ‘I say, bugger those three poofy garden rooms – let’s rough it, what?‘