As the time draws nearer for two lucky Canadians to head out here for a satellite match of the Ottawa Senators at Bert’s, it seems they went not just over the top but literally overboard in showing game pride according to both Canoe and the Edmonton Sun…

It seems Spartacat trounced a Montreal Canadiens fan in a manner similar to the way one of their players’ daughters lost her life and this led to some massive damage control by Eugene Melnyk! More than likely the party or parties involved in the goof will be fed to the lions, but hopefully not Spartacat as it may make him repeat not only on his breath but possibly repeat the tasteless faux pas! 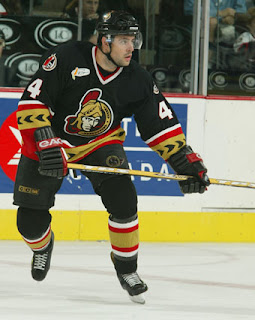