Cricket World Cup aside…Did you know Barbados competes with Jamaica and the Dominican Republic for the attention of Canadian women? It seems gals from Maple-Leaf land move at this time of year not only to just get away from the cold and look for the warmth, but to find some Hot Stuff!

Sorry Donna Summer, but I just could not pass that up! There is this article from The Montreal Gazette that gives the Caribbean version of American Gigolo a new title!

“…”romance travellers“ looking for “love” and a little tenderness in the tropics.

This is the season — building to a peak in February and March — when business in Jamaica, Barbados and the Dominican Republic heats up.”

[their emphasis, not mine] THE SEX TRADE IN THE ISLANDS IS BOOMING, BUT IT’S WOMEN WHO ARE LOOKING TO SCORE“ 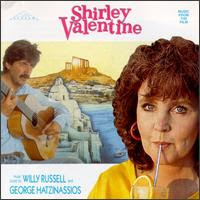 This item is very raw – “In Jamaica and other former British colonies they’re called rent-a-gents, rent-a-rastas, rent-a-tutes, the foreign service. In the Dominican Republic, they’re sanky pankys (a play on “hanky panky“).

The tourists get nicknames too. British ones go by “Shirley Valentine” (from the 1989 hit movie about a Liverpool housewife finding liberation in Greece). In Bermuda, they’re “longtails” or “yellowtails.”

In Jamaica, the name depends on the woman’s colour: “Milk bottles” if they’re white, newly arrived and, to put it crudely, “in need of filling” (as one Negril man put it to British writer Julie Bindel in 2003).

If they’re black, the women are called Stellas (from the popular 1998 film How Stella Got Her Groove Back, about a black San Francisco stockbroker on holiday in Jamaica). 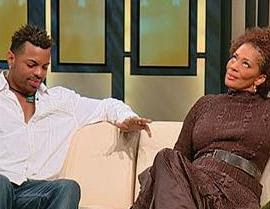 Canadians have made it into the slang lexicon, too. In Barbados, female sex tourism has been dubbed “Canadian secretary syndrome.”

The item also explains other terms that may raise Bajan eyebrows if seen in in print, yet they use them all of the time… There’s even a website for this stuff?

“Canadian women are mostly in Barbados now, which is somewhat upmarket; Jamaica is poorer,” beaumonde.net said. “And the Dominican is slowly getting the reputation of having men who are very eager to be the world’s best lovers. In the French islands, the men are more suave and gallant and won’t accept (cash) payment.”

My God, where have I been living or hanging out when I was a teen looking to lose my virginity? ROFLMAO – JK, I have no wish to dead of AIDS!