This deportee crap is reaching new heights of ridiculousness, over in England there is a situation where a Bajan expat murdered his own child!

Now, they want to send him back here, why should Barbados have to contend with such a sickness?

Usually associated with environmental matters – this is another area where NIMBY, or – Not In My Back Yard, plays a crucial element here…

The UK doesn’t want him, I am pretty sure most Bajans would not want to see him either – what’s left? What was done to Saddam Hussein!

This is why the world needs a death penalty, how can anyone defend a baby-killer, far less a being who could destroy their own flesh and blood for pettiness? 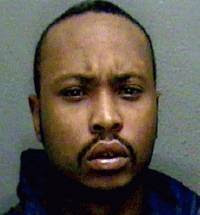 “Sturon Thorne, from Barbados, deliberately gave his son the heroin substitute methadone …. the defendant lied to doctors, saying he may have accidentally put methadone on a bottle teat.”

Apparently, the judge accepted the so-called father was only trying to “spike” the milk of his child and believed there was no intent to harm the child – oh sure, just give the li’l brat some drugs to make it doze… Doesn’t everyone do that? I hope Amnesty International stays out of this!