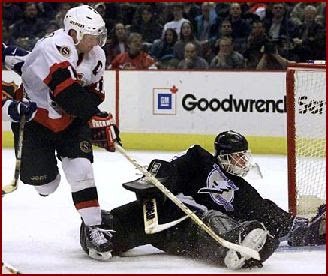 Happy New Year! I saw very few nightclubs were populated, but quite a few churches had capacity… Meanwhile, one bar here is looking to heat up with ice in March!

Over in Canada – there’s a millionaire who is making sure some of his countrymen never forget our gem of the Caribbean sea, there’s a chance for some lucky Canadians to win a trip to Barbados to see the Ottawa Senators live via satellite from Bert’s Bar in Rockley. There are a good few people over in Canada now waiting with bated breath to see if their video to show why they’re the biggest Senators fan made the grade!

They’ll be earning airfare for two, with four nights stay in Barbados, on March 8, they also get to watch the team take on the Toronto Maple Leafs with Senators’ owner Eugene Melnyk and Bert’s founder, Bert Inniss.

Nine semi-finalists will each receive a pair of tickets to various Ottawa Senators home games between January 27 until February 8, 2007.

Three finalists will each receive a pair of tickets to the Ottawa Senators home game vs Carolina on February 28, 2007.

But it’s the grand prize winner who wins a trip for two to Barbados March 7th to 11th. The video, under judgment now, has to show why they deserve to be a Sens Army Captain, spreading the Senators fever far and wide using the most creativity and originality – and what a reward is in store for them… 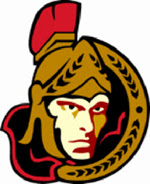 The lucky winners get return airfare aboard Air Canada, four (4) nights’ at the ACCRA Beach hotel and resort, transportation between the Bridgetown Airport and the hotel, two Ottawa Senators beach shirts, two Bert’s Barbados t-shirts, dinner for two at Bert’s in Barbados, a sailing and swimming excursion on Cool Runnings Cruises and an Island Safari. Another branch of promoting this country over to North America this time, way to goal, uh, go!