Foreigner heading once local hotel is stirring a Union?s stumps 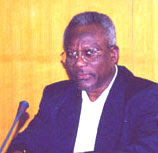 Last night, CBC claimed trouble is brewing at Sandy Lane – and the Barbados Workers Union is not at all copacetic with certain changes made at the now-Irish owned hospitality establishment…

A quick check with CatererSearch shows there’s a British manager heading the west coast hotel popular with performers and celebrities.

But the BWU is questioning if all the top folk have the necessary clearance to work here… Again, according to CatererSearch there’s also a new chef de cuisine.

This too may be causing Sir Roy some worries – in light of globalism and CSME how much longer can we hold to what is slowly becoming archaic jingoism? If we excel abroad do we not tout our own? Yet does this not potentially displace some other person overseas?