Director of the Beachcombers Hotel in St Vincent & Turkish Honorary Consul General to Dominica, believes he has a solution to the whole sordid mess concerning CWC 2007 visae and what to do, of course it involves a fair degree of elbow grease, can we answer that call?

“At each major inbound airport, we can set up tables with 12 to 20 persons staffing these tables, processing visas upon arrival.

Accept cash, credit cards and travelers checks. We have to do that otherwise what if someone does not have a credit card on them?

Now do we send them back?

It is time the Caricom Officials wake up and realise that they have no choice but to deal with this pressing issue as the private sector would deal with it, as a sensitive commercial issue and of course security is critical but if we have no tourism industry next year then what?“ 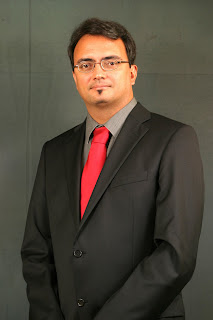 This is getting to be a hot topic folks… It also seems that even if Gunn won the telecommunications battle, he’d be up against a serious threat! This is a prepared statement from the Caribbean Press Releases website and it was also run by the Barbados Free Press…

“Fidelity Wireless revealed its plans today to offer Internet, phone and IPTV/Video on Demand services (so called triple play) over a new state of the art wireless broadband network to the residential and business community in Barbados.

Fidelity will soon commence the construction of a new nationwide ?WIMAX? wireless broadband network with service due to commence in Barbados in the second quarter 2007. The company has based its regional operational headquarters in Barbados where it is locating its back office support and network operations centre. Fidelity has licence applications pending in seven other regional markets.”

WIMAX is the new worldwide standard for wireless broadband Internet technology. Fidelity together with its technology partners has developed an advanced solution for the delivery of multimedia services over Wimax and the Barbados network will be the first deployment of its kind in the Caribbean.”

Over at Free Press in the comments page, there concerns of Fidelity being a pseudo-Cable & Wireless as one of the main interests used to be a main partner, but as I recall – DIGICEL ran a flurry for WIMAX at BMEX last year… Which leads to a concern that other folk had now there is no third party mobile interests, whither service from C&W and the Irish lot now Cingular pulled out their stumps?

Ppl may forget but Govt ran ads opening up the mobile market again for new tenders as they want to see rates even lower – there is talk of Vonage or Sprint-Nextel but we can only dream and have to hope for the best!

Meanwhile, it would be interesting to see Mr Gunn‘s reaction to all of these developments…