I am aware Barbados has an outlet for Horn & Abbot, the parent company of the popular Trivial Pursuit; I was NOT aware that we were a base office for offshore online bingo…

“Parlay has an eight year proven track record built on the success of our clients: In 2005, more than 2.8 million players wagered nearly $2 billion USD on gaming websites that use Parlay software. Parlay is headquartered in Oakville, Canada with offices in Bridgetown, Barbados and Valletta, Malta.”

You see Barbados is given first nod, indicating the likelihood here is more of a key player in their runnings? The gist of the release claims users are playing for free… 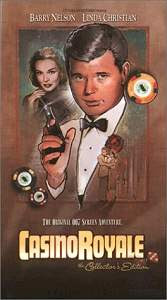 “Players use fun-money to wager on the various games and are awarded CGTV chips based on the amount of fun-money they have wagered on the site. In the future, players may be able to redeem their CGTV chips for chances to win a variety of prizes and rewards.”

If it is all so innocent, why does the Canadian gaming site have a jingle where part of the chorus sings, “I’m gonna sin my soul“??