Bajan to decide if Kittitian cops were seditious 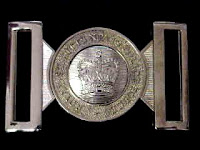 According to Allen Stanford‘s Sun St. Kitts & Nevis – “[The] head of [Basseterre’s] Commission of Inquiry, Barbadian Charles Blades, will decide if the police action posed a threat to (St Kitts‘) national security.”

It seemed suspicious to many over in Basseterre that shortly before their 23rd anniversary of Independence celebrations last year, that a large number of officers reported sick, and now, the inquiry is being viewed as an exercise in futility since it is more than likely all cops who were ill will either alibi each other or even repeat their performance – which in the first place was for… “demands of increased pay, better working conditions and a review of salaries and pension scheme.”

It seems very obvious that Kittitians are unaware of not only what happened over here in Bim a few years back (similar circumstances – illness after no wage hike, etc.), but what is going on right now… The claims of money poorly spent may soon be borne out!