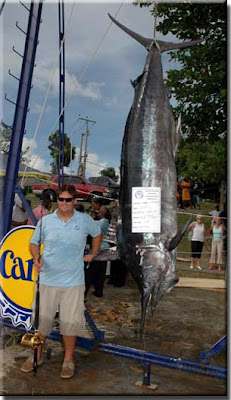 Barbados is one of 30 boats expected to duke it out over by Grenada in late January and it was a Bajan who won last year!

“All eyes will be on the Barbadian anglers as it was Adrien Johnson, aboard the Legacy out of Barbados, who caught the record-breaking marlin last year.“

Even Bajan cuisine seemed to rule…

“Last year, the Barbadian seafood medley and fish chowder were voted tops although the Trinidad stewed pork was a close runner-up as was the Grenadian oil down and pig souse.”

If you’re planning to head there, it’s from the 23rd to the 26th of January – here’s wishing Adrien luck!