Baby Deer: Thanks to Betty Holford 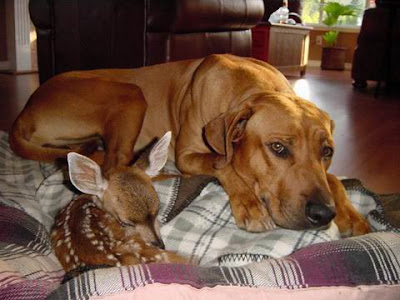 Not sure where this originated but a former CBC colleague sent me this and I thought it is a moment of beauty in a Barbados too frenetic (it also reminds me of the salmon-tot retriever Lady who lives with me, when she met Tudie the kitten, she got on as if he was her puppy, sigh, still miss him)…

A worthy mental oasis in the midst of all the cacophony… 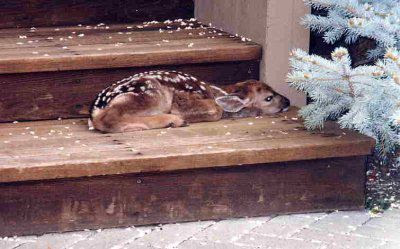 “A lady found the fawn under her step (they think the doe might have been hit by a car), her RidgeBack dog is helping look after it.

“The family named the fawn Bella. Once she has regained her strength (she was not in good shape when the family found her) they are going to send her to some friends who (in the past) raised two orphan deer and released them to the wild. 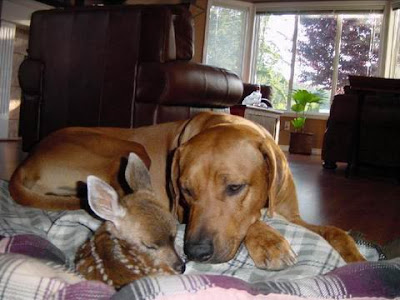 “Right now she is being bottle fed. Their dog (Hogan) has basically taken over. 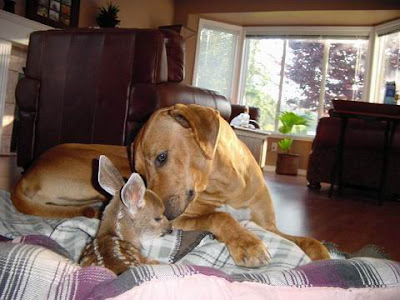 The fawn even shares his bed.”