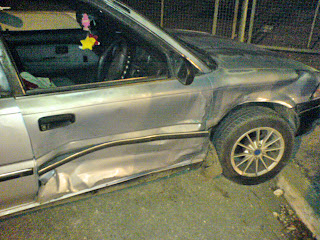 As 2006 gets ready to implement its living will and 2007 is readying its birth certificate, apart from death and taxes being certain – so is traffic!

With the onset of the Cricket World Cup, I have no plans to assay Bridgetown if I can avoid it! Especially Fontabelle and Kensington – it’s bad enough I live near both, but I will strive to make Sheraton & Warrens my city-alternates.

When I was at CBC, I did a story on how many cars there were and guess what? St Michael and Christ Church were neck and neck with the private vehicles – if I can recall at the time; there are close to 87,000 private vehicles of which St Michael had 28K and Ch Ch was beetling up with 23K… BUT THIS WAS ABOUT FIVE YEARS AGO!

Can you imagine what it is like now? What with the flyover work and the looming onset of the Barmy Army for cricket, plus no one wants to let you out of a side road and those who do use side roads just try to bulldoze their way on to the main roads and Mad Max suddenly seems like a saunter along a rustic semi-paved cart-track! 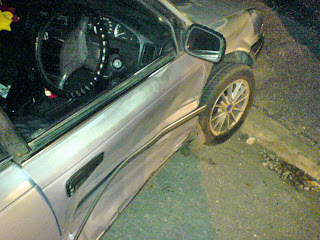 People, we need to be more compassionate – letting out one or two folk from a side road is not gonna get us fired; nor folks on the side road if you are hoping to ease onto the main road? Then jutting like a Kamikaze Indianapolis driver doesn’t necessarily guarantee that the fellow stops, I have been in that position until cars drove in the other lane rather than let me out, they even speed up on seeing you!

A similar way is how I nearly lost my life back in August, so now when I ease out of a corner, ya know I does look HARD…

Even at zebra crossings it isn’t safe, when I was in Cave Shepherd during Christmas I saw a tourist couple trying to cross near Almond Beach Club and then I saw the car who let them cross fly through the air! Man, I thought that was only in movies – thank God the mother and child who were inside were both strapped in and thus like a Yuletide Miracle, they were unhurt physically! Those poor tourists got a fright but had the sense to get back onto the curb, phew!!

I beg you all who read this, part of your resolve next year? Show more compassion on the road, leave home earlier and stay in the speed limit – let’s reduce accidents forever! 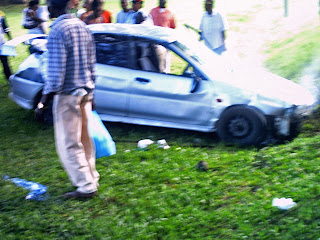