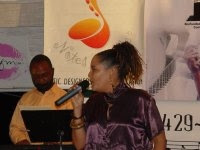 Tamara Marshall was last sharing her vast repertoire at the Hilton and now has released an album of what is her Xmas Hits over the years.

Printed without a label nor ads to support the album, “Christmas in the Son” is a ten-track compilation, approximately 40 minutes which is concise as CD’s run nowadays. 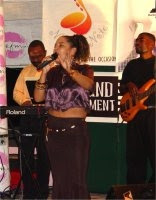 The title cut was done in 2000, words and lyrics from Tamara, it makes a pun on a tropical Yuletide and the reason for the season… Bluntly put – Jesus as Son (Of God) and celebrating his birth [usually thought of in wintry climes] juxtaposed as observing the anniversary under the sun; an alleged contradiction.

Many folk are unaware of her ability to compose her own songs, a chance that was not apparently given when she sojourned with Spice & Co. in the last decade or so…

She also did a very rock-grooved “Hey You There” which is an impassioned reminder again as to what ppl celebrate Xmas for – and don’t forget it! When you look at a study from earlier this year, you can’t blame Tamara for repeating the importance of this message if you have a personal belief of God and the importance of having spirituality in your life – sad but true, many kids think Xmas is Santa running around with PS3’s or laptops or mobiles on assignment from their parents. 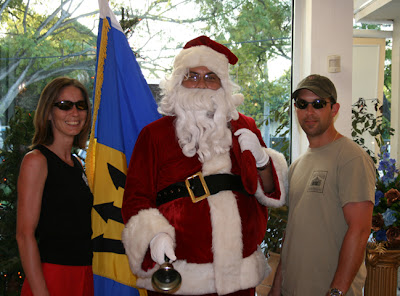 The age of these tunes range from 1995 to just this year, when she did her own version of “The Lord’s Prayer,” and it is an interesting take on one of the most important pieces of religious rota over the millenia! Get the album and find out why…