Barbados sets its prayers on a winger for Cup 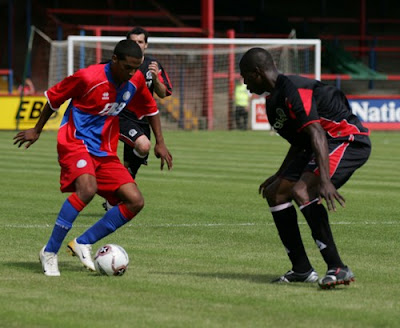 The 21 year old winger, will become the first Aldershot player to be capped while playing for the club if he is selected.

Aldershot Town Boss Terry Brown told the Shots website: “This will do his confidence the world of good, as will the experience.”

Soares will fly out to the Caribbean after Town’s FA Cup tie against Blackpool on 6 January.